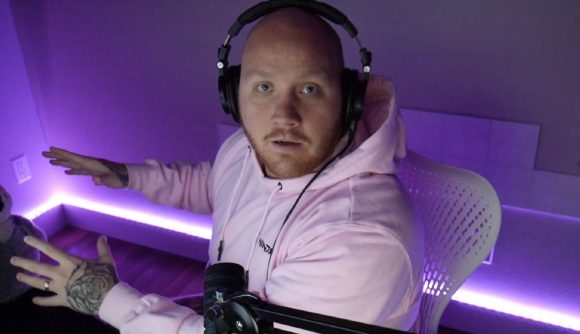 It’s safe to say that just because you’re one of Twitch’s biggest streamers, it doesn’t mean you’re an elite gamer. And anyone who has seen Tim ‘TimTheTatman’ Betar play Call of Duty: Warzone can attest to that. When he drops into Verdansk with the likes of Nick ‘NICKMERCS’ Kolcheff, he lags behind on the kill leaderboards and his aim is, shall we say, wayward.

But there’s hope for all of us noobs yet, as TimTheTatman pointed out in a recent Twitch stream. While the likes of NICKMERCS have more victories than us regular Joes have had hot dinners, us poorer players can still play an important role in any Warzone squad.

Not everyone has the same amount of time to put into practising the battle royale game, or maybe we’re just noble souls who don’t want to steal the glory. But fear not, as fellow noob TimTheTatman appreciates our efforts, and has a rousing message for us all.

“If you have four huge egos all yelling at each other,” TimTheTatman says, “that squad is going to fall apart. Because no one’s going to take the blame. You at the bottom of the leaderboard, you with those two kills and 200 damage bro, you’re the fucking rock, you’re the foundation of the squad.”

It’s a spirited call and is really worth watching and listening to rather than reading. Honestly, set it as your alarm tone and wake every morning to a power pep talk for all your nooby needs.

TimTheTatman explains his thought process later in the Twitch clip: “Because everyone can point at you, they can put their sorrow, their anger, their frustration in Verdansk – and they can put it on your back. And you wear that shit, with a 1.0 or 0.5 K/D. And you walk around, and you silently – you’re a warrior!

“I want you to fucking know that. All of you out there, at the bottom of the leaderboard in the squad, in the friend group, you are a necessity in that team. Period. That team is nothing without you.”

TimTheTatman knows as well as any of us that not everyone can be the star of a squad, even if they’re equipped with the best Warzone guns. After all, the good players out there wouldn’t be able to get so many kills if it wasn’t for us bottom-of-the-leaderboard meatshields, right?