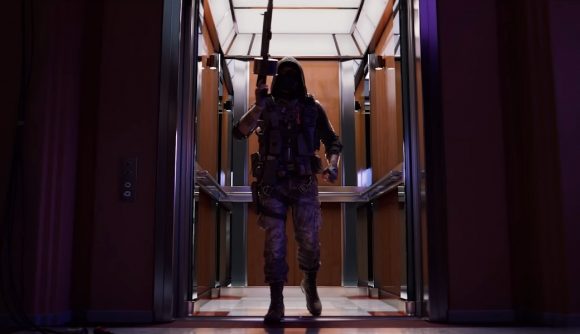 Devs originally told us that the Streetsweeper would be joining the fray in mid-Season One, along with the Wakizashi Sword and Sledgehammer. However this week, players found a glitch that allowed them to unlock the Streetsweeper and melee weapons in Warzone if they completed a secret challenge.

Due to cross-progression, this meant that the weapons were also available to those players in Black Ops Cold War multiplayer. With the best Streetsweeper Warzone loadout, the shotgun was proving deadly in the right hands. Some of the biggest streamers also got in on the action, with NICKMERCS’ Warzone loadouts making the most of the rapid-firing shells.

However, the shotgun is no longer available in Warzone or Black Ops: Cold War after a hotfix. The small patch means weapons no longer appear in players’ inventories, and you can’t select them in loadouts.

However, at the moment players with the Streetsweeper – or either of the melee weapons – in a loadout already can still access the weapons. We would recommend not removing the shotgun from any loadouts for the time being, as you won’t be able to add it again.

Looks like the Streetsweeper, Wakizashi, & Sledgehammer weapons have been removed from the inventory of everybody who unlocked them via warzone. #BlackOpsColdWar pic.twitter.com/lTv1Mr6fzu

When the Streetsweeper is officially released, we expect the secret challenge that unlocks it to be the same. However, we don’t know whether players who completed the challenge early will have to complete it again after the official release.

For now though, you look to be okay as long as you keep the auto-shotgun handy – i.e. in a loadout. We still think it’s one of the best Warzone guns if you’re getting in your opponents’ faces, so make the most of it while you still can.