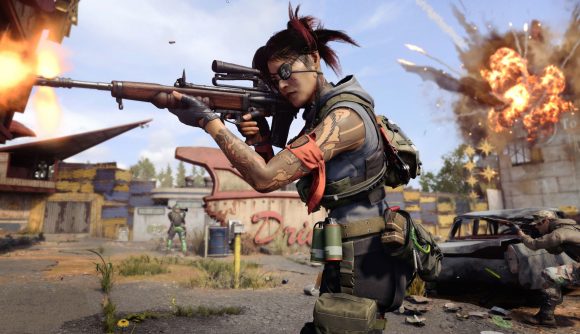 Call of Duty: Warzone’s Iron Trials ‘84 is now live, with the battle royale game’s latest mode completely switching up core mechanics that players would usually encounter during their standard outings in Verdansk or on Rebirth Island. So far, the Trials have been warmly-received by the community, with some of its leading lights singing its praises.

Dubbed the “proving ground” for “highly competitive players” by developer Raven Software, Iron Trials ‘84 comes with a slew of changes to Warzone’s formula. For example, players have more health, rounds and circle collapses are faster, and there are no longer free loadout drops to quickly access the best Warzone guns. This all leads to longer firefights in faster-moving games.

Another fan of the new mode is former CoD pro Tyler ‘TeePee’ Polchow, though he does have a few issues – mostly with the mode’s economy scaling and Duos not being the optimal mode to use in Iron Trials when it comes to team sizes.

Barring a few niggles, it appears that Iron Trials ‘84 might just be the best addition made to Warzone in some time. For the game’s most competitive players, this more hardcore mode certainly seems to be scratching their itch.