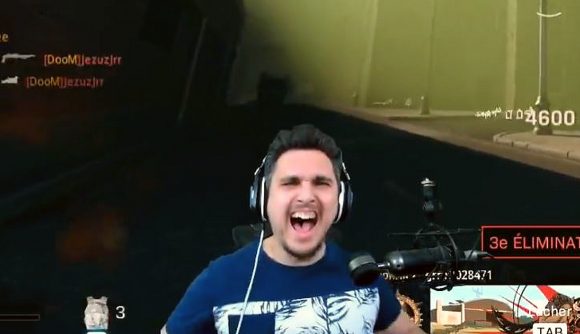 In what was one of the most heart-pounding yet bizarre moments in Call of Duty: Warzone history, French streamer ‘chowh1’ bagged himself a life changing sum of money for just a single game of Warzone – and he did it in memorable fashion.

chowh1 was one of the 150 players taking part in the EU World Series of Warzone competition – an Activision and Twitch Rivals-backed competition that was your standard affair when it comes to competitive Warzone: five matches, with teams earning points through kills and a placement multiplier. However, once the matches were complete, a finale of epic proportions awaited the players. The cringely-named but incredibly exciting Solo YOLO Drop saw all 150 players drop into a single match of Warzone, where the only prize money up for grabs was a $100,000 prize for the last remaining player.

While Warzone competitions are usually all about players stomping around Verdansk desperately hunting down kills with meat loadouts, the script was thrown out the window for this single, high-stakes game.

With so much on the line, the entire field went into full try-hard mode, producing some super cautious gameplay and wielding some horrendously ratty loadouts. None more so than chowh1, who closed out the final moments in dramatic fashion and with the most comical weapons imaginable.

After getting knocked and pulling off a fortunate self-revive, chowh1 takes on the final few players in the lobby armed with a Gallo SA12 shotgun he looted from a fellow player, and a Riot Shield. Not just any Riot Shield – the pink, anime-themed Deredere blueprint of the Riot Shield.

With some smart flanking and the Riot Shield sponging some bullets, chowh1 clutches up with a Gallo kill on the final player to become the winner of $100,000. Consider this a headphone warning for those of you that want to watch the winning moment below.

Prior to yesterday’s event, chowh1 had only earned around $7,000 from Warzone tournaments, according to Esports Earnings. After that one game, he now finds himself in the top 15 all-time Warzone earners. Remarkable.

While we definitely wouldn’t want to see this kind of gameplay every Warzone tournament, this one-off spectacle was incredible entertainment and created a great storyline.