One of the biggest easter eggs in Call of Duty: Warzone has been the mysterious red key cards which spawn around the map. These cards open specific bunkers, which typically contain lots of loot, as well as PCs which, in turn, have their own code.

There are several bunkers scattered around the map, but with the Season 5 update, a whole new area has been unlocked: the stadium. Lo and behold, there are new bunkers in there too. This guide will cover where those bunkers are, where you can find the key cards, and deal with some of the wider easter eggs in the game. One thing that should go without saying; the added difficulty in obtaining these key cards comes from the fact that other people will be trying to kill you. Keep an eye out on your hunting.

Thankfully, you can also kill other people, which can actually be a big help on this card hunt, and not just because it thins out the herd.

what are the new key cards in call of duty: Warzone season 5?

There are three new key cards in Call of Duty: Warzone Season 5,which each open up specific locations.

Make sure you note which card you grab, as that will determine which bunker you have access to.

Which bunkers do the Call of Duty: Warzone Season 5 keycards open?

There’s a little bit of a hint in the name of each one, which should help jog your memory whenever you find one. 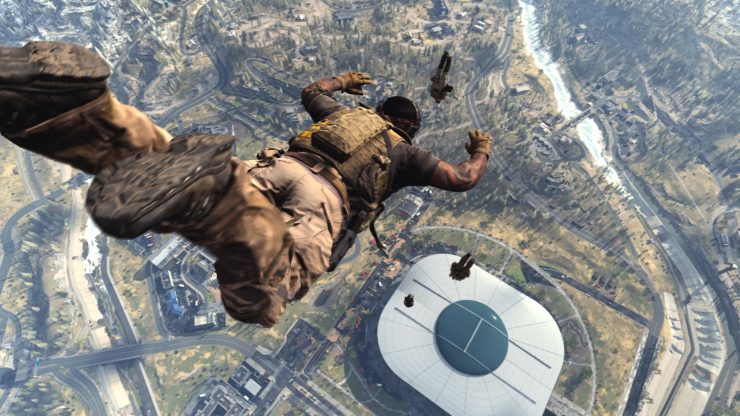 That last one is especially important. If you die with a key card on you, someone can pilfer it from your corpse. It’s worth rooting around on kills for them then, especially if you down someone who appears to be heading for a bunker.

What’s inside the Call of Duty: Warzone Season 5 bunkers?

The first three bunkers contain various loot in the form of weapons and perks, which are reward enough alone. However, they’ll also contain a PC, which is the secret to entering the final Stadium bunker.

As for said Stadium bunker, it contains bigger and better loot than the first three, but perhaps most importantly, contains the incredibly powerful minigun turret.

how do you access THE Stadium BUNKERS IN CALL OF DUTY: WARZONE SEASON 5

For the first three, this is very simple. Walking up to them and interacting while holding the correct key card will open the bunker. For the final bunker though, things aren’t so simple.

You’ll need to find the PCs in the first three bunkers. Once interacted with, each PC begins a series of letters and numbers, using a mix of the Latin and Cyrillic alphabets. You’ll need to make a note of this code and the Cyrillic symbols, and although translation is not necessary.

Each PC displays the same code, but with certain numbers missing. However, each Cyrillic symbol translates to a number, and once you’ve got all three codes, you’ll know what each symbol stands for and thus can enter the final bunker.

However, as the video below explains, it’s possible to break the code with just two bunkers, with a little bit of clever guesswork.