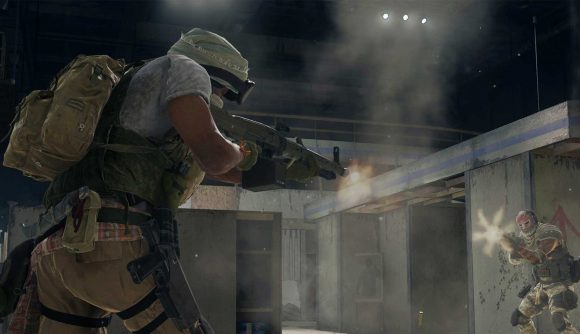 Activision has just revealed its roadmap for Season 4 of Call of Duty: Warzone and Black Ops Cold War. In total, five new weapons are joining the arsenals of both games. Some will feature as part of the Season 4 battle pass, while others will be unlockable through in-game challenges.

First, let’s take a look at the new LMG in Warzone Season 4, the MG 82. The MG 82 will be available at Tier 15 of the Warzone Season 4 battle pass. According to its description, the MG 82 will have the “highest fire rate in class with improved aiming speed.” It also has “increased ammo capacity” but dishes out moderate damage in comparison to other LMGs.

We’re also getting a new AR in Warzone Season 4 called the C58. However, looking at its description, we doubt it will be knocking the best AMAX Warzone loadout off of its perch any time soon. It could be an interesting addition to the Warzone meta though, as it apparently boasts “high damage at close range”, “fast bullet velocity”, and decent recoil control. However, it does have a slow fire rate and small ammo capacity to balance it. The C58 is available at Tier 31 of the Season 4 battle pass.

Another new weapon will join the MG 82 and C58 on day one of Season 4 – the Nail Gun. According to Activision, the Nail Gun will slip into the SMG category, and will be fully automatic. It’s said to have “high damage” at close range, but that’s about all we know in terms of whether it will top your best MAC-10 Warzone loadout next season. The Nail Gun is available via an in-game challenge, or you can buy a blueprint of the gun from the store.

Brace for the impact of Season Four as it hits #BlackOpsColdWar and #Warzone on June 17th.

There are also two more weapons coming in Season 4, but they will drop midway through the season. They are the Mace melee weapon and the OTs 9 SMG. Both will be obtainable via in-game challenges or blueprints in the store.

That’s everything new on the weapon front, but expect new vehicles, crashed satellites, and mysterious red doors to also be hitting Warzone in Season 4.