It’s a hard job balancing the weapons in a live service game, and we don’t envy the position that Warzone developer Raven Software is in. With over 75 primary weapons alone to keep in line, there will always be some that are more powerful than others, and some that seem borderline useless.

The most recent patch notes not only detailed all of the Warzone Season 4 buffs and nerfs – and there’s a lot of them – but also gave players a peek behind the curtain, explaining why Raven Software makes the balances it does. It’s great to get a glimpse of the rationale behind the decisions that impact our matches and a look at the “philosophy” that the developer has.

“At a high level, Warzone is a game about engagements,” the explanation reads. “The more time we allot to mechanical and strategic expression within engagements, the higher the ‘skill ceiling’ and the longer our personal journey of mastery.”

Put simply, Raven Software wants more weapons to be viable options, so that players have more options at their disposal when it comes to taking fights. If everyone is using the best MAC-10 Warzone loadout because it’s too good, then there’s only one way to fight if you want to win.

However, the time between engagements and the ability to make an exciting outplay to quickly get away from an inopportune attack is also important. “We want to enable more escapes from impossible situations, moments of finesse, epic outplays, and opportunities to flex exquisite marksmanship,” says Raven Software.

Included in the Season Four #Warzone Patch Notes – This weeks Playlist update. We even let you have Resurgence Quads again. 🙃 pic.twitter.com/ycxZHpOsIX

“Due to some weapons being far more lethal than others in their class, we feel a reduction in the efficacy of those outliers is necessary. We expect these changes will bring the average time to kill up by approximately 60 to 100 milliseconds.”

Increasing the time to kill in Warzone by nearly 50% is a huge change to the game, and only time will tell what effect it has on matches. Besides, although some popular weapons have received nerfs in this patch, the majority of balances have been buffs to underperforming options. This is clearly an effort to make more weapons viable, and allow for more “strategic expression” from players.

“These changes will not only increase the overall capacity for skill expression, but should also introduce some Weapons into viability that have not yet had a chance to shine,” the developer explains. 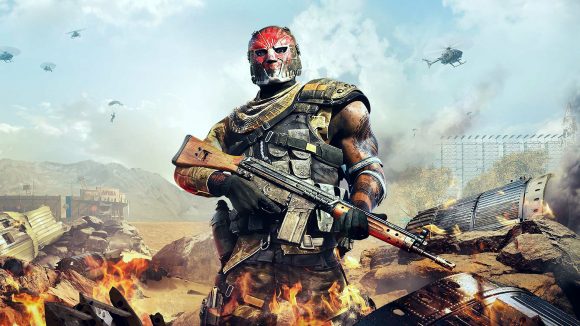 However, this patch is just the start of Raven Software’s efforts to increase the viability of every weapon. Before it details the Season 4 changes, the developer says, “we will begin laying the groundwork for the upcoming balance overhaul with the following adjustments.” The key word being, “begin.”

Although we reckon the Warzone meta is currently in a pretty good place, the more viable weapons the merrier! With “sweeping balance changes” to come in a future patch, Warzone is in for some big adjustments. Could we see the best Warzone guns nerfed into oblivion? Could some of the worst options become the new meta? That remains to be seen, but for now you can enjoy your “increased capacity for skill expression” with whatever weapon you choose. We’re enjoying our dirty sniper loadout of the week for the moment, but we’re not averse to change.