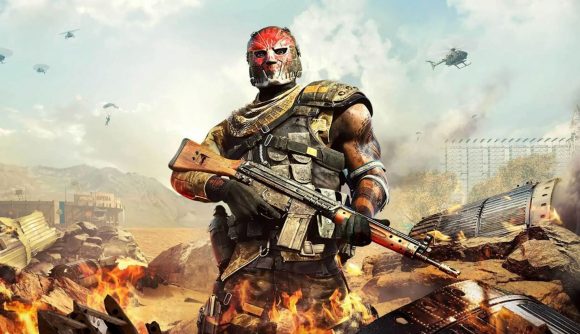 Warzone Season 5 is approaching fast, but it looks like players on PS5 and Xbox Series X|S could be in for an extra treat when it launches. A URL, which will reportedly house the patch notes for season 5, has been uncovered and reveals that a next-gen version of Warzone could arrive alongside this new update.

You can’t actually read the notes yet as the blog post isn’t live. However, Raven Software has mentioned in the past it is working on a PS5 and Xbox Series X|S version of Warzone, in addition to the various updates and texture packs the game has received for the new consoles.

As for what we can expect from the PS5 and Xbox Series X|S versions of the game, an FOV slider is what everyone is clamouring for and seems possible given the increased power of the systems. On PS5, we could also see support for the DualSense controller, which is supported in Black Ops Cold War. Smaller updates like trophy tracking and Activity Card support also seem possible.

Season 5 will drop next week on August 12, but in the meantime you can enjoy trying out the best CX-9 Warzone loadout. With Season 4 drawing to a close, it’s also worth taking one last look at the Warzone meta before it is more than likely shaken up yet again at the start of Season 5.