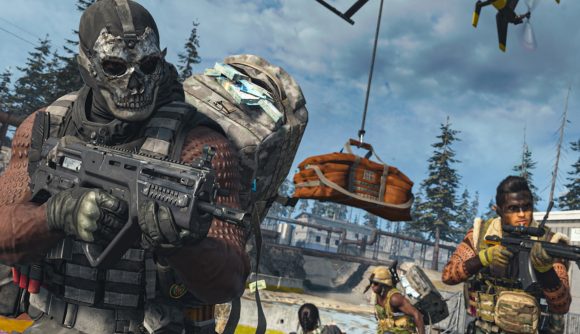 If you’re a big fan of hoarding dollar bills in Call of Duty: Warzone, we’ve got bad news for you: Plunder has been removed from the active playlist for three weeks.

While the Season 5 Reloaded patch notes contain lots of interesting changes, including a whole host of buffs and nerfs for some of the best Warzone guns and the addition of Dark Aether camos, the biggest shock of the day is the game’s playlist changes.

For the next three weeks, Warzone will go without Plunder – a staple mode in the free-to-play game – in favour of Clash, a new 50v50 Team Deathmatch, which Raven Software says will be played on an “epic scale.” Blood Money, a hybrid of Plunder, does make an appearance along with Iron Trials for the week of September 16, but it’s not quite the same as the original mode.

Plunder Trios will make a return to the playlist over Clash in the week of September 30, along with an old mode that we’ve not seen in quite some time. This could be Kingslayer, Juggernaut Royale, Payload, or Armoured Royale.

If Plunder is all you play, why not take the opportunity to explore the world of Verdansk 84? With the upcoming Red Door event, the Warzone mobile broadcast stations are starting to get spicy. Players are being rewarded with $5,000, as well as stickers, calling cards, charms, and XP for activating them.