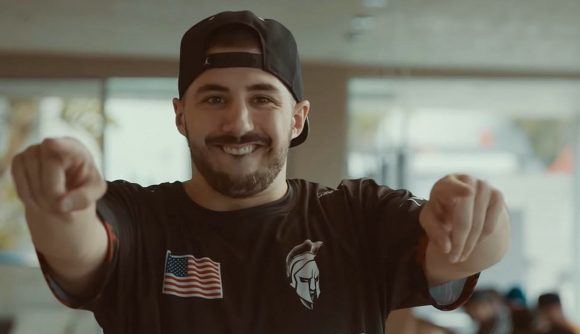 When you’re competing against two of the best in Call of Duty history, your back is already against the wall. But when something like this happens, you know that it just isn’t your day.

That was the case for Twitch star Nick ‘NICKMERCS’ Kolcheff during the semifinals of yesterday’s TeeP’s Trials Warzone tournament. In a similar format to Warzone Wednesdays, duos would compete directly against each other in a kill race in the same lobby, meaning that both duos drop into the same game as a quad. NICKMERCS, along with duo partner and fellow FaZe Clan member Swagg, was up against Chicago Huntsmen duo Seth ‘Scump’ Abner and Matthew ‘FormaL’ Piper for a spot in the final. But a mind-blowing – and very controversial – moment saw NICKMERCS and Swagg crash out in bizarre circumstances.

With Swagg currently out of action and needing redeployment, solo NICKMERCS made the decision to grab his weapons of choice from a Loadout drop, which was also being closely monitored by Scump and FormaL. Everything seems normal.

That is until FormaL spots an incoming heli, and hits a clean snipe on the pilot which sees the chopper begin falling towards the ground… Right at where an unassuming NICKMERCS is grabbing his Loadout.

I actually just lost a tournament like this … pic.twitter.com/IFKuTXkiMZ

While initially seeming unintentional, FormaL later tweeted that it was “calculated,” leading some – including YouTuber Alastair ‘Ali A’ Aiken – to accuse the former CoD world champion of bad sportsmanship by not offering to revive NICKMERCS who would go on to bleed out and be eliminated from the game as Swagg was also out. This guaranteed FormaL and Scump’s place in the final of the tournament.

Whether it really was a planned move from FormaL – or if he’s just claiming the plaudits afterwards – it does bring up a significant drawback to holding competitive Warzone tournaments in this way.

At least NICKMERCS can say it happened against two of the best CoD players in the world, right?