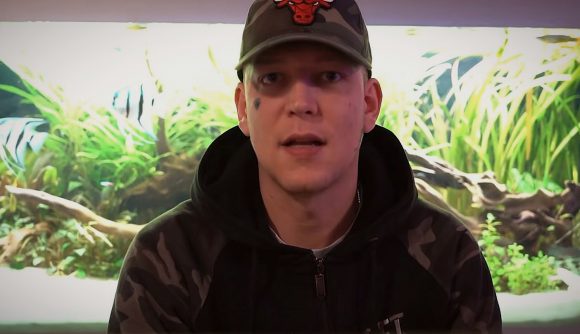 One of Twitch’s biggest stars, Marcel ‘MontanaBlack’ Eris, has slammed Activision for its streamer mode in Call of Duty: Warzone after reaching the end of his tether with stream sniping.

The German streamer posted a scathing tweet in which he describes Warzone as being “unbearable” for the game’s biggest streamers and says that its streamer mode is not helping to stop rampant stream sniping. “This game is unbearable for streamers with a certain reach,” MontanaBlack says on Twitter. “Since the release, I’m asking for improvements. The streamer mode is a big joke, which makes the game unplayable for me and many others. We support them with our reach, but we get no support back. Activision GG.”

Beneath the tweet, he posts a Twitch clip from one of his livestreams in which he wants to drop Stadium, only to look down and see a large portion of the 150-man lobby dropping there too. While The Loadout’s German isn’t what you’d call fluent, you can tell that he really isn’t happy. He then proceeds to cut his parachute and eliminate himself before quitting the game.

This game is unbearable for streamers with a certain reach. Since the release, I’m asking for improvements. The streamer mode is a big joke, which makes the game unplayable for me and many others. We support them with our reach, but we get no support back.@Activision GG pic.twitter.com/GKdht2zjqC

It’s recently become such an issue that NICKMERCS released a YouTube video yesterday in which he admits he could soon drop Warzone from his streams if Activision don’t take drastic action on hacking and says it could “kill off” the game.

With Modern Warfare being the sixth most watched category on Twitch this year according to Esports Charts – and with the vast majority of that viewership being thanks to Warzone – to see its biggest streamers growing increasingly frustrated should be setting off alarm bells for the game’s developers.

With Season 5 dropping in just two days time on August 5, more eyes than ever will be on Warzone content. If that content is being plagued by stream sniping and hacking, then we could see viewership begin to fall.