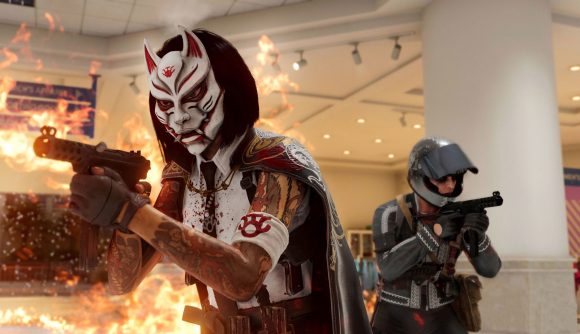 Welcome to another edition of Warzone loadout of the week – your one-stop resource for finding out what you should be trying out in Verdansk or Rebirth Island right now. Oh, and apologies we’re a tad late this week, there was this little thing called Gamescom getting in the way…

This week, we’re casting our spotlight on an SMG which has so far flown under the radar in Warzone Season 5 – the recently introduced TEC-9. If you’re sniping on Rebirth, this may be your new sniper support weapon. Unlocked at Tier 31 on the Season 5 battle pass, getting hold of the TEC-9 is a simple enough feat if you put the time in. Marketed as a close-mid range SMG with a lower fire rate than some of its more erratic cousins, the TEC-9 is a more sensible, less-nonsensical weapon that deals solid damage.

In fact, according to ‘TrueGameData’ – the provider of this week’s build – the TEC-9 actually has a better damage per magazine stat than Warzone’s darling SMG, the MAC-10. Indeed, if you’re looking for an SMG that’ll melt your enemies like butter, but won’t sputter everywhere quite as much as other weapons in this class, then this is the one for you.

So why aren’t more people using the TEC-9? Well, we can surmise that it could be to do with the fact that the TEC-9 cannot be suppressed for those stealthy takedowns. Alternatively, players might just haven’t gotten around to trialling it out yet – which is why we’re here to give you a prod in the right direction.

If you’re running this in tandem with a sniper, then this is the TEC-9 build for you, according to TrueGameData.

You’ve got the 6.7” Ranger barrel to really amp up the bullet velocity, a Millstop Reflex optic for better accuracy, and a Field Agent Grip to control recoil. Despite being an SMG, the damage range of this thing will really surprise you.

TrueGameData also makes a suggestion to console players, and that’s swapping out the Millstop Reflex for a Tiger Team Spotlight to help with your movement speed. This does come down to personal preference, however, as the gun will slap with or without the Tiger Team Spotlight attached.

Snipers in Warzone tend to sit in one of two camps: they are either Team Kar98k, or Team Swiss K31. We’ve opted for the Swiss here, but check out the build in our Kar98k Warzone loadout guide if you’re a fan of the Modern Warfare sniper instead.

This is a classic sniper build that’s perfect for aggressive players – no camping on the top of Downtown Tower with this bad boy.

With the TEC-9 by your side, you’ll have plenty of confidence to push with this sniper class and be able to bail yourself out if you do miss a couple of crucial shots with the Swiss.

We’re big fans of the mantra ‘if it ain’t broke, don’t fix it’ here at The Loadout, which is why we’d always recommend the tried and tested combination of Double Time, Overkill, and Amped. If enemies running the Combat Scout perk are proving too much, then Cold Blooded is also a solid choice in the Perk 1 slot.

As for equipment, Throwing Knives make for a fast and ammo-friendly way to finish off opponents, while Stun Grenades can help with slowing down teams that may be pushing you.

So there you have it, one of Warzone’s most underrepresented weapons right now geared out to cause havoc in this delicious sniper class. In fact, we like the TEC-9 so much due to its rapid TTK, that it’s earned a spot on our best Warzone guns list.