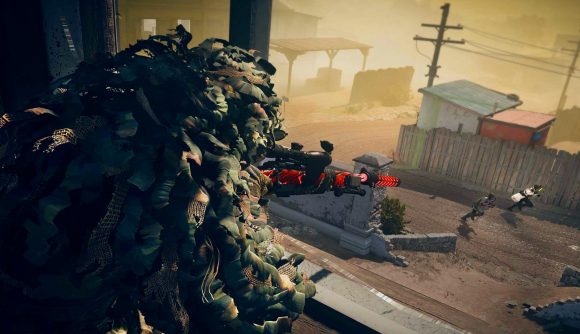 Welcome back to another edition of our Warzone loadout of the week series, in which we pick a particularly spicy loadout to thrust under the spotlight for your viewing – and potentially playing – pleasure.

This week’s beastly loadout comes courtesy of YouTuber and Twitch streamer ‘Stodeh’ – and by his own account, it’s “god-tier” for Warzone Season 4. If you don’t know Stodeh, he’s a sniping fanatic, so you can probably guess that what we’re showcasing this week is a disgusting sniper class. Now, a few weeks ago, we showed you the Kar98k class being used by ‘FaZe Dirty’, and we boldly claimed it was the best sniper in Warzone. However, after seeing some of the shots Stodeh has been pulling off with his Swiss K31 class, we’re willing to retract that statement…

Stodeh pairs his Swiss with an AR that has increased in popularity since the start of Warzone Season 4: the Groza.

So if you’re a bit bored of your current sniper class, or have always fancied a career as a Warzone head-popper, this loadout is a great option. Let’s check it out, shall we?

Plus, with recent updates finally sorting out the Cold War sniper scopes, the standard scope on the Swiss now looks far cleaner and in line with the optics used in some of the best Kar98k Warzone loadouts.

While it may take a little bit of getting used to if you’ve been a Kar98k main for a while, the Swiss is now a very close rival and it won’t take you long before you’re one-tapping foes once again.

While Stodeh doesn’t reveal his Groza set up in the video above, we’ve checked out the footage and these are the attachments we believe he has equipped.

The Groza has become hugely popular in recent times, thanks to a generous buff at the start of Season 4. While it can be fleshed out as a long-range AR to rival the very best AMAX Warzone loadout, it’s strengths lie in the gray area between assault rifle and SMG, making it a great support option for any sniper class.

This Groza build leans more towards the SMG side of things, with a smaller magazine and close-range optic, but when you’re dropping folks with the Swiss, you don’t really need this to be performing at long range. 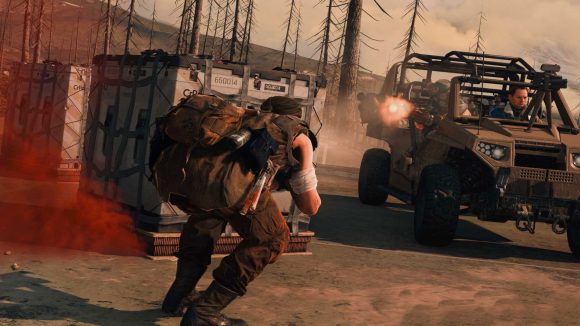 We aren’t able to see all of the perks Stodeh is running in this class, but it’s likely the usual trio of Double Time, Overkill, and Amped. What we can see is that once he has got his hands on his Swiss K31 and his Groza, he then chooses a High Alert class from a second loadout drop to prepare for the late game.

For equipment, Stodeh is using Stun Grenades to slow down any hard-pushing teams, and Semtex for dealing explosive damage.

This truly is the perfect sniper class for Season 4 of Call of Duty: Warzone. If you – as we were – are stuck in your ways with your trusty Kar98k, maybe consider spicing things up and giving the trusty Swiss a runout next time you’re in Verdansk. Also be sure to check out Stodeh on YouTube and Twitch for even more ridiculous snipes.