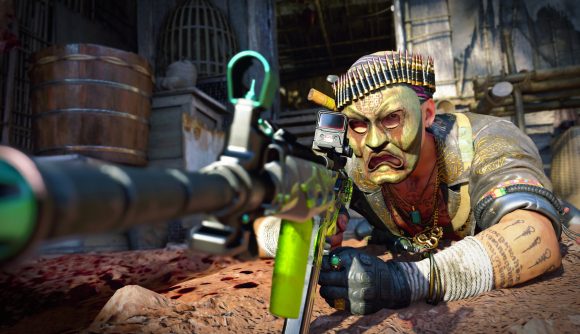 Despite OpTic Chicago wrapping up a disappointing Call of Duty League season a couple of weeks ago, its talismanic SMG slayer Seth ‘Scump’ Abner is already back on the grind – this time in Verdansk.

Along with many of his CDL colleagues, Scump has been filling time in the offseason by putting up huge numbers in Call of Duty: Warzone, and the people’s king of CoD recently showed off the insane loadout he’s been using. The former Call of Duty world champion has put together a class that features a once dominant AR that can still put in a shift in Season 5, and arguably the leading SMG in the current Warzone meta.

While someone with the ability of Scump could probably rack up a fair few kills regardless of what class he’s using, having a couple of the best Warzone guns in his loadout makes him a pretty powerful force in the battlefield of Verdansk.

For his assault rifle, Scump opts for the FARA 83. Once the most popular AR in Warzone, its usage rate has fallen in Season 5. Nevertheless, the OpTic slayer says he loves to run the FARA in Warzone due to its long-range capabilities, its fire rate, and its versatility.

The build he uses here is, pretty much, the standard long-range build for any Cold War assault rifle. He does opt for the Liberator barrel, where most (including us in our FARA Warzone loadout guide) would probably opt for the Spetsnaz RPK barrel. But hey, if it works for the king…

With a chunky 60-round magazine as well, you’ve got plenty of ammo for mowing down multiple players without having to reload.

With its big ammo capacity and decent fire rate, even a standard Bullfrog is a good pick for any Warzone loadout. But Scump has taken Season 5’s best SMG and, as you might expect, cranked up the movement stats.

The Tiger Team Spotlight, Bruiser Grip, and Skeletal Stock all help make this the perfect weapon for those that love to slide, hope, and sprint their way into close quarters battles.

With coverage at all ranges, and a combined ammo capacity of 110 bullets between the FARA and the Bullfrog, this combination of weapons is certainly tough to beat.

There’s nothing too out of the ordinary here in terms of perks and equipment. The standard trio of perks – Double Time, Overkill, and Amped – suits this loadout well.

Meanwhile, Scump takes a Heartbeat Sensor as a tactical and the Phlebotomist throwing knife as his lethal, to help quickly confirm eliminations on downed opponents.

This class may not set the world on fire in terms of its originality or uniqueness, but in the hands of one of the greatest to ever do it, it’s certainly a force to be reckoned with. Give it a shot this week during your Warzone escapades.