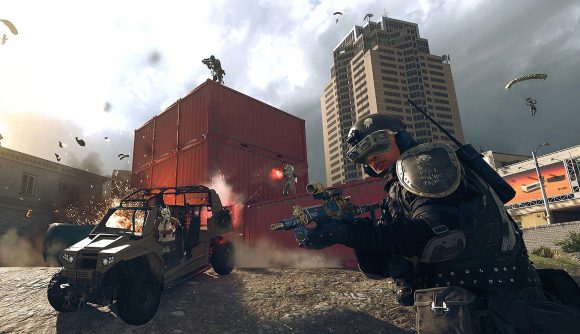 Ahead of the Call of DUty: Warzone update on September 15, Raven Software has given players an early look at which weapons are getting tuned – and the developer is having yet another crack at nerfing the Krig 6.

The Krig has, for the entirety of Season 5, been the most popular gun in the game and has ruled the Warzone meta. Just last week, Raven attempted to nerf the assault rifle in the Season 5 Reloaded update. As you can probably tell by the amount of Krigs you’ve been beamed by since then, it didn’t really work. Raven hopes that with the nerfs it brings in this update, the Krig’s usage rate will finally fall.

Raven has increased its recoil to make it slightly more difficult to control, and has decreased its neck damage multiplier from 1.3 to 1.1 as the Krig’s “TTK could be reduced consistently and easily with a single bullet.”

Elsewhere, two ARs that have been patiently waiting in the wings for the Krig to fall off its perch have also been put into check, just so we don’t find ourselves in a similar situation again where one AR rules the roost.

The QBZ and the FARA have both been tweaked. The former has got a small recoil increase, while the latter has seen its damage profiles adjusted. The FARA’s minimum and maximum damage values have been nerfed, but its damage multipliers have been buffed as a trade off.

Elsewhere there are also changes to the OTs 9 and TEC-9 SMGs, the Stoner light machine gun, and the AUG tactical rifle. Check out the patch notes for the weapon changes below.

👀 Here’s an early look at the Patch Notes: pic.twitter.com/oTk1OIK79K

As well as the weapon changes, expect the usual array of bug fixes, the addition of the highly competitive Iron Trials mode, and maybe even some more secrets leading up to the in-game event dropping on September 21, The Numbers. Could we get another Warzone Red Door easter egg? We hope so.