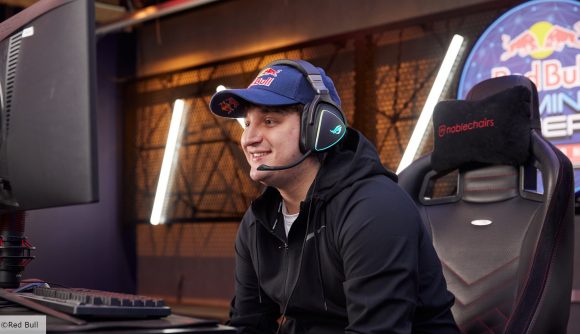 The UK has some of the best representatives at the very top of competitive Call of Duty: Warzone. Three players – Rhys ‘Rated’ Price, Thomas ‘Tommey’ Trewren, and Liam ‘Jukeyz’ James – are all currently in the top ten in terms of total tournament earnings, each having won over $100,000 each since the battle royale launched.

However, only one of that trio currently resides and plays from the UK for all their tournaments, and that’s Jukeyz. Both Rated and Tommey are based in America, thanks to their previous roles as pro players in the Call of Duty League and the fact they now both represent 100 Thieves as dedicated Warzone streamers. But for Liverpool-born and based Jukeyz, he has managed to go toe to toe with the North America-centric Warzone scene, despite a number of disadvantages.

In an exclusive interview with The Loadout, Jukeyz explains why being an EU-based player in competitive Warzone makes success far more difficult, and why he’s eyeing up a move across the Atlantic to join the likes of Rated and Tommey in the US.

“More than anything I want to be in America,” he says. “I could literally sit here and state so many factors of how being over here is such a disadvantage for me. You know, due to the lobbies, and there’s only like two servers or three servers in the UK. So when I load into a game, I’m loading into a game of people who know who I am and they’re pretty good players at that.”

While being targeted by stream snipers is an issue faced by all of Warzone’s biggest streamers, Jukeyz believes the problem is far more damaging in his region.

I’m going to keep it really we can not compete with NA players in these timed bot race tournaments the NYSL $100k must have been the luck of the year because every single other tournament it is almost impossible to do, the longer I’m stuck here in the UK the more down hill I go.

With a considerable time difference between Europe and North America, the London Royal Ravens streamer also says that he encounters a far higher quality of player than his NA opposition in public lobby kill race events.

“European servers are just hard work when you’re trying to [compete in] kill races,” Jukeyz explains. “For me and my teammates, we could start a tournament at, say, 6PM, and finish at 9PM – that’s primetime for like these good Warzone players to play. Whereas [in the US] the tournament is starting at, like 10 or 11AM on the west coast, and then for the east coast it’s like 12PM or 1PM. It’s early, and their lobbies are so much so much easier.

“I actually got someone to do research on the lobbies that we got [in a recent tournament]. We never got like an average K/D lobby below 1.0. And when I looked at all the [North American] players that basically are meant to be on the same level, the average K/D of the lobby [for a lot of their games] was below 1.0. For players of that skill to be in lobbies like that, they’re gonna thrive from it.”

While lobby disparity is a general drawback of playing tournaments outside of custom lobbies, it’s clearly an issue Jukeyz thinks he can minimise by moving over to the States.

He does however admit that with dedicated European brackets in custom lobbies, he is “excited” for the upcoming World Series of Warzone – the Activision-backed series that offers up a massive prize pool of $300,000 for each of its four events.

It’s also a tournament that Jukeyz expects to dominate alongside regular teammate ‘Fifakill’.

“I can’t actually wait, I’m super excited for that tournament,” he says. “I think that’s the only benefit I’ve got at the moment of being over in Europe. I don’t want to blow my own trumpet here, but I feel like in Europe, me and Fifakill are the top players in the whole region – I don’t feel like there’s any real competition for us. With my confidence and how good I know Fifakill is I feel like we should win the EU World Series of Warzone events.”

An extended version of The Loadout’s exclusive interview with Red Bull athlete Jukeyz, which touches on his backstory in the competitive CoD scene, his thoughts on the future of competitive Warzone, and more, will drop later this week.