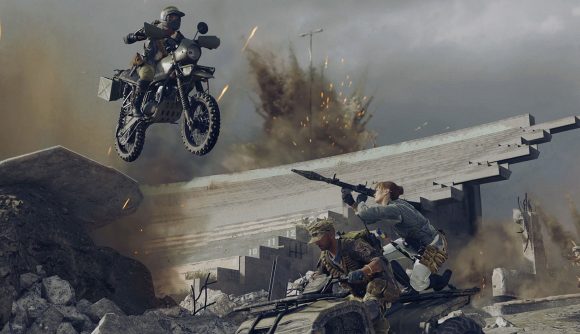 Warzone’s Iron Trials mode is the perfect proving ground for talented players to show off their skills in an even tougher environment. With increased health and a longer time-to-kill, it’s no surprise that this new competitive variant of Warzone is proving to be pretty popular among content creators. But the mode is still pretty prescriptive in its ruleset, something creators and tournament organisers want to change in custom games.

Well, it looks like those custom matches, created via private lobbies, might be on the way – just don’t expect it in today’s update.

In response to a tweet about custom matches from ‘JGOD’, Raven Software says fans can play Iron Trials ‘84 Duos until September 30. “As for customs… it’s not coming tomorrow is all we can say for now,” the developer says. It’s not a definitive statement, but it does suggest Raven will be handing over the keys to its player base in the near future.

It’s a good thing too that should spice up competitive Warzone matches online. Up until now, Warzone tournaments have focused on either public lobby kill races or private lobbies playing the traditional battle royale – two formats that have fallen out of favour with its viewership.

Iron Trials '84 Duos will remain live through the 30th.

As for customs… it's not coming 𝘵𝘰𝘮𝘰𝘳𝘳𝘰𝘸 is all we can say for now. 😉

Iron Trials custom matches, however, could unlock the potential of a proper competitive Warzone circuit – complete with a bespoke ruleset that could be tailored to its competitors at every opportunity.

It’s also a good sign for the general player base too. By implying customs is on its way, Raven has acknowledged the success of the new mode. Iron Trials has been introduced as a limited-time mode, but it seems that, at the very least, the mode will get private lobbies, and at most, the ability to make custom rulesets in the near future.

In other words, you better fine tune your best Iron Trials loadout.