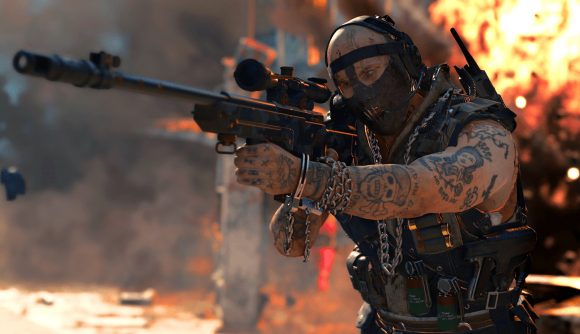 Ask any Call of Duty: Warzone fan what glitch they find the most infuriating and we can almost guarantee the answer will be the invisibility glitch. Well, it appears the bug has reared its ugly head once again, this time at the end of Season 4.

Several posts online, both on Reddit and Twitter, have surfaced over the weekend, with players complaining they’ve been shot by a phantom zipping about both Verdansk and Rebirth Island. This Warzone invisible glitch doesn’t seem to be as widespread as the ones before, but it’s definitely affecting a small percentage of the player base.

The first complaint came on August 3, with Reddit user ‘hooploz’ posting a video of their squad getting wiped in Verdansk by an invisible player. In the clip, which we’ve posted below, the invisible player is even pinged by hooploz, but they just carry on like the agent of chaos they truly are.

The kill cam confirms the use of the exploit, and while there’s nothing the pair could have done, it’s evidence that one of Warzone’s most frustrating bugs has returned.

This is further supported by the fact several other players have reported the glitch over the weekend. ‘Coding102‘ says they were killed unknowingly in a game by someone right in front of them, and ‘AverageJim90‘ posted a video of an invisible player buying back a teammate of theirs from the Hospital buy box – the absolute cheek.

We don’t yet know if the invisibility glitch is tied to a skin or the Warzone Red Doors like before, but it’s something Raven Software will want to fix before the release of Season 5 this week.