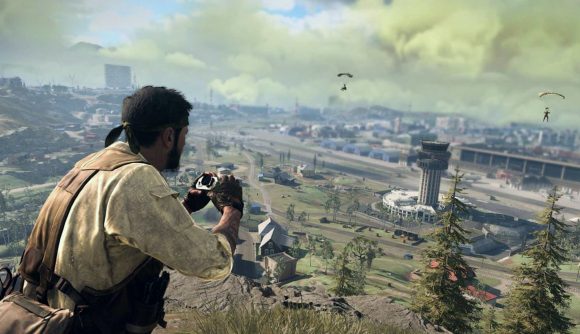 The fight against Call of Duty: Warzone’s hacker problem has been a long and arduous one, and while most players have fallen victim to one before, the battle royale’s biggest streamers have to endure them more than anyone else.

On May 13, Warzone streamer and 100 Thieves co-owner Jack ‘CouRage’ Dunlop tweeted both Activision and Raven Software that it would be “beneficial to have someone watch our livestreams and ban blatant cheaters on the spot” after his early games alongside Tim ‘TimTheTatman’ Betar and Dennis ‘Cloakzy’ Lepore were plagued with hackers. While this did stir up conversations around whether Warzone streamers should be given preferential treatment such as dedicated policing of their broadcasts, it appears that Raven and Activision took the feedback on board.

A later game featuring the three streamers saw them yet again targeted by a hacker with the in-game name ‘MiniNinja’. Using some form of aimbot software, and potentially wallhacks too, the player was wreaking havoc in the lobby.

After all three were eliminated by MiniNinja, they went on to spectate him, search for his Activision ID, and report him both in-game and seemingly through TimTheTatman’s right-hand man ‘Wipz’ directly to Activision or Raven.

As the game drew to a close, the trio conceded that this will likely be another cheater that slips through the net and snatches another win away from honest players.

However, with just a handful of players left in the lobby, MiniNinja suddenly disappears, having been hit with a ban live on stream. This prompts wild celebrations from CouRage, TimTheTatman, and Cloakzy.

TimTheTatman describes the live ban as “a huge W”, while CouRage likens it to being “in a bar fight and all my bots showed up just in time.”

This sets a remarkable precedent and is the first time a cheater tormenting one of the top Warzone streamers has been banned live. While hundreds of thousands of accounts have been banned for cheating, these usually come as part of large ban waves. This is a unique case of an individual account being banned after a request from a streamer.

While this is great news for streamers, it has split opinion as to whether Raven and Activision should dedicate resources to just keep Warzone’s biggest creators happy.