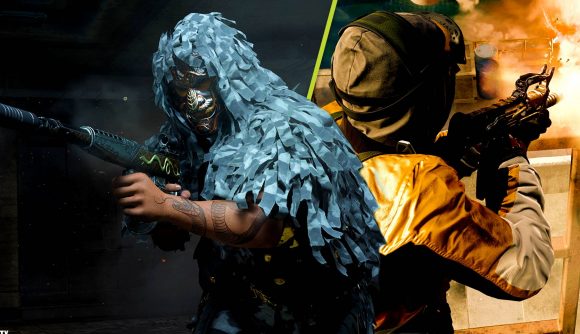 As a free-to-play battle royale experience with regular content updates, Call of Duty Warzone is always growing and always changing – no matter the platform you play on. It doesn’t matter if you’re jumping into Caldera on Xbox, PlayStation, or PC – Raven Software is always updating this game to ensure that the Warzone meta stays competitive and balanced. In Raven Software’s most-recent update, the Warzone Ghost perk has been drastically altered alongside several other popular perk options.

In the March 28 Warzone title update, Raven Software has introduced one minor – but important – change to the Ghost perk. Going forward, the stealth effect applied when Ghost is equipped will now only be applied when a player is moving.

In the update’s patch notes, Raven Software has commented that this change has been implemented in response to the fact that “in Caldera, it is obvious that [Ghost] has become even stronger with the ability to seek visual cover in foliage across the map.”

How is this Warzone Ghost perk change going to affect the best Warzone loadouts? At the moment, we don’t know for sure. “A text update will be coming in the future to clarify these changes”, according to Raven Software. However, for now, players will need to feel their way through the changes and judge for themselves whether Ghost is a viable perk choice going forward.

Although, doing that is going to be slightly more complicated due to the fact that Ghost isn’t the only Warzone perk being updated and altered.

📢 A number of Perks have been updated in #Warzone!

🪂 Drop in and let us know what you think!

The Scavenger perk is now going to give players an additional Armor Plate on top of weapon ammunition. Restock’s recharge time has been halved – but the Stim recharge time has been extended to a full minute. Quick Fix’s health regeneration will now be triggered when a player inserts an Armor Plate. Finally, E.O.D. has been buffed – it will now reduce up to 200 explosive damage, or 45% of the total damage, whichever is higher.

It remains to be seen how these changes will affect the meta, but it’s worth getting clued up on the best Warzone weapons if you’re planning to jump into Caldera anytime soon. It’s important, now more than ever, to be prepared.