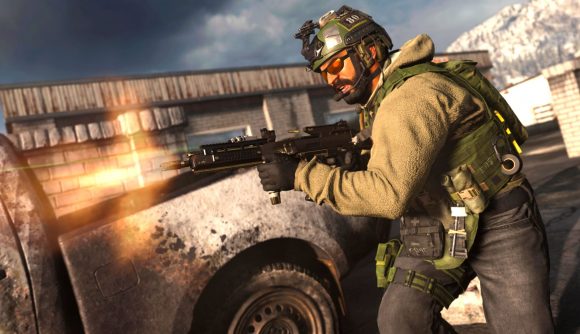 We’ve all been there before – you’re minding your own business, looting the odd weapons crate here and there, and someone comes along to try and piss in your cereal. Well, one Warzone player was evidently so fed up by their assailant’s antics that they not only landed a bird on them, but they flipped one in their direction too.

‘TheVerbalSpaghetti’ posted the clip to Reddit, which begins with them picking up an M82 sniper rifle from a weapons crate, before being ceremoniously opened up on by another player – right on cue.

However, TheVerbalSpaghetti isn’t having any of it, as they slalom their way to a nearby helicopter. From there, the player could’ve simply dipped out, but they instead have other plans for their foe. Lining up the chopper with the shooter, TheVerbalSpaghetti bails from the vehicle, full-sending it into the enemy player – tango down.

As TheVerbalSpaghetti approaches the downed player, he has the option to either grant them a swift end, or let them slowly bleed out for their transgressions. However, the player opts for maximum disrespect, audaciously sticking their finger up at their prey, who returns the gesture in kind.

The feeling is mutual from CODWarzone

The clip ends with TheVerbalSpaghetti filling the player lead like a mechanical pencil, before moving onto more important things – like getting the W.