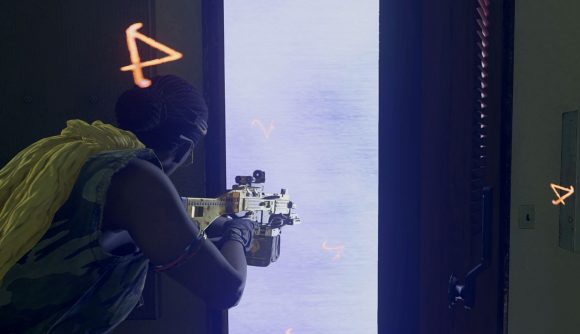 With less than 24 hours until Call of Duty: Vanguard is released, things have started getting kinda weird in the world of Warzone. A small, innocent-looking update today seemed to just be setting up the new playlist rotation for the week, but it also added some in-game oddities.

Of course, the first involves the Warzone Red Doors. When going through a Red Door, you will now potentially see a quick snippet of the new Warzone Pacific map, Caldera, during the transition screen. Oh, and that’s not all that’s new with Red Doors – they are now literally falling out of the sky.

As you can see in the clip below from ‘DiazBiffle’, Red Doors are starting to plummet from the skies above Verdansk. As they touch down, they’ll explode into the red cube effect we see spill out from chests in the Red Door stations. While they are hurtling towards you at a terrifying speed, luckily these freefalling Red Doors won’t cause any damage to you if one does happen to land on your head.

Alongside the Red Door weirdness, players have noticed a mysterious figure appearing in the Verdansk Train Station. Standing behind the counter in a small  shop inside the main station building is a mannequin, plastered in newspaper. The figure is also sporting some familiar spectacles, and is wearing an Adler name badge. Hmmm…

Outside of that, a new cinematic teasing Warzone Pacific has also gone live, in which Adler, Mason, and co. find an aged Captain Butcher, the founder of Task Force One and chief “blaadthirsty” announcer in Vanguard multiplayer, lurking in one of Verdansk’s underground bunkers.

Everything is gearing up towards more mystery and shenanigans in Verdansk as we enter the closing chapter of the map’s story.