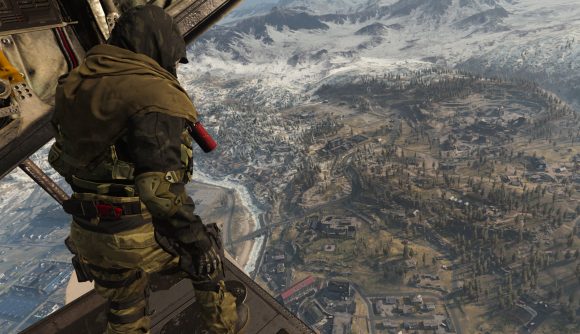 While we’ve all grit our teeth and persevered through it, Call of Duty: Warzone has had a very high amount of bugs. From straight up weird, to completely game-breaking, we’ve seen all manner of glitches in its lifetime.

The latest is a real strange one that caught one squad completely by surprise as they were dropping into Verdansk. A video clip posted to Reddit by u/gencaykurtt shows his team of four dropping out of the plane and starting their descent into Military Base. However, just seven seconds after jumping – and not even on the ground yet – the game awards them with a victory.

While we sadly can’t hear the squad’s reaction, gencaykurtt assures that the team were so baffled that there was plenty of “screaming” going on – hence the muted audio. What is really mysterious about this bug is that it is certainly more than a straight up server disconnect, as in the final screen showing the scoreboard the other players’ game chat icons are still appearing and presumably playing audio.

While there have been rare instances of teams being randomly awarded Warzone wins, to see it happen this quickly with zero kills, zero damage, and zero score on the board is pretty amazing. No need for the best AMAX Warzone loadout here, folks.

What is this sorcery ? from r/CODWarzone

While glitches and bugs in Warzone have often hindered the battle royale experience, it’s safe to say this squad won’t be complaining about the free dub.