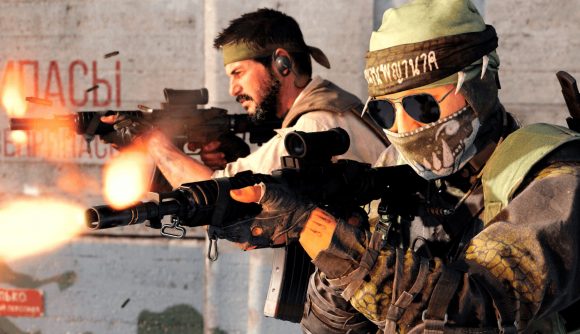 Call of Duty Warzone Season 4 reloaded is upon us, and boy were those patch notes long. With so many buffs and nerfs, the Warzone meta has been thrown wide open once again, leaving some players scratching their heads over which loadout to use in resurgence and battle royale game modes.

Well, if you are one of said head-scratchers, or you got so bored of the old NZ-41 meta that you’re just looking a fresh loadout idea, we’ve got some good news for you: we’re bringing back an old series, Best Warzone Loadout of the Week, in which we highlight either an incredibly powerful or remarkable loadout being used by one of the game’s top players or content creators.

What better time to revive the series than now, with the meta up in the air and a list of buffs and nerfs as long as your arm. To kick off, we’re looking at an old favourite that was buffed in Season 4 Reloaded, courtesy of FaZe Clan streamer Kris ‘Swagg’ Lamberson.

We’re talking of course about the AMAX – a gun that used to dominate Warzone as the long-range assault rifle to use for high-skill players. Well, it’s firmly back on the menu if you ask Swagg. Now let’s have a look at the class he’s running.

This is the classic setup for a classic weapon – in fact, it’s the same setup that has been in our AMAX Warzone loadout guide for what feels like millennia. It’ll bring a tear of nostalgia to the eye of any Warzone veteran that used the AMAX back in the day.

The AMAX has always had exemplary range and decent recoil control, but now it has the damage to match thanks to the Season 4 Reloaded buffs it received. The only drawback, as ever with the AMAX, is that you’ve only got 45 in the mag – significantly less than some of its main rivals.

For this reason, you’ve got to be deadly accurate and not waste a single bullet. Luckily, that’s not too much of problem for Swagg, who in the video above drops a tasty 30-bomb using the AMAX alongside the Marco 5 SMG. While still viable, it’s worth noting the Marco has been nerfed, so maybe running something like the recently-buffed Cold War MP5 might be the play here.

So, if you’re looking for a loadout to use in Caldera, Fortune’s Keep, or Rebirth Island this week, why not give this old classic a spin, seeing as it’s viable once again. The AMAX wrote its name into the game’s history as one of the best Warzone guns back in the day – let’s see if it manages to rise all the way to the top once again in Season 4 Reloaded.