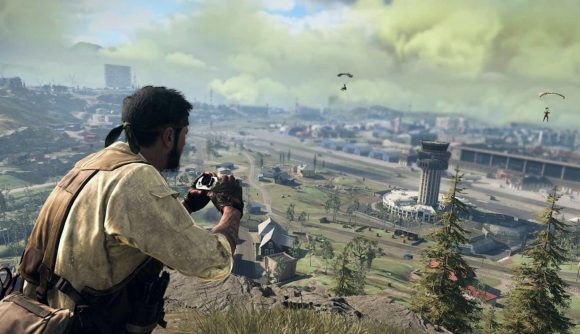 Call of Duty: Warzone is getting a new anti-cheat system. If you’re a fan of the battle royale, then yesterday’s announcement of this news was arguably the best thing you’ve heard all year. The same can be said for Warzone’s community of streamers and competitive players, whose broadcasts and big-money tournaments have been frequently marred by hackers for many months now.

The anti-cheat announcement has certainly instilled some hope and excitement among the Warzone community that things will finally change. Although we’ve still got a few months to wait before it rolls out around the same time as the Call of Duty: Vanguard release date, this new “multi-faceted” PC anti-cheat system could finally put an end to Warzone’s rampant cheating problem.

For two of the biggest Warzone streamers, Tim ‘TimTheTatman’ Betar and Jack ‘CouRage’ Dunlop, the news was certainly exciting, having faced more hackers in their broadcasts than they’ve had hot dinners.

TimTheTatman – who has recently gravitated towards Apex Legends due to the state of Warzone right now – says he is “all in” for the game when its new anti-cheat drops, while CouRage says he’s “fucking amped”.

The impact this anti-cheat system will hopefully have on top players can’t be understated. For Mason ‘Symfuhny’ Lanier and Charlie ‘MuTeX’ Saouma – who have both been frequently targeted with hacking accusations over recent months – it should be a game changer.

Symfuhny says that Warzone is going to feel like “a whole new game”, while MuTex says there is “finally a sense of relief” following the announcement.

However, not everyone was feeling positive. Some, such as Zack ‘ZLaner’ Lane, were questioning why the community still has to wait for the anti-cheat, and why its roll out needs to coincide with the release of Vanguard a whole three months away.

Still have to wait 3 months for an anti cheat 🙃

Warzone viewership and attitudes towards the game may be suffering slightly right now, but an all-new anti-cheat will surely help improve not only its entertainment value on platforms like Twitch and YouTube, but also its stock as a competitive title.