I was struggling to find a single ounce of optimism for Call of Duty Vanguard following its beta. It did not grip, entertain, thrill, or excite me at all, and in fact, left me with plenty of concerns for this year’s multiplayer offering. In my mind, things appeared pretty bleak, from both the viewpoint of someone that loves to get stuck into multiplayer and watch the world’s best go toe to toe in the Call of Duty League.

However, after spending a week with Vanguard and getting to know its maps, modes, and new super-sized attachment system, the dark clouds have lifted somewhat, and rays of optimism are starting to shine through. Don’t get me wrong, these are not clear blue skies – some of my biggest concerns from the beta still remain, alongside some new ones too. However, Sledgehammer Games’ efforts so far give me some hope that this year’s competitive scene will be, at the very least, better than Black Ops Cold War.

So, what has Sledgehammer Games nailed in Vanguard’s multiplayer? Well, movement is certainly what you would call ‘dynamic’. If zipping around like a mosquito and breaking some ankles with a well-timed slide is your thing, Vanguard delivers. With several attachments, perks, and field upgrades that all feed into your movement, you have the ability to really crank things up if it suits your playstyle.

It’s also nice to see that the development team has tried to innovate with new features. While it isn’t everyone’s cup of tea, I actually find the new Patrol game mode pretty fun to play, the individual levelling systems on operators is a nice touch, and the destructible environments – while frustrating on a handful of maps – are not as much of a hindrance as I thought they would be during most games.

When all of your favourite parts of Vanguard align, it all feels rather good

When all of your favourite parts of Vanguard align, it all feels rather good – having the right map, mode, combat pacing, and teammates really matters. However, the moments you feel this euphoria are fleeting, mainly down to two main factors that were the big red flags spotted before release: the maps, and the new attachment system.

Let’s tackle maps first. There are some genuinely enjoyable maps in Vanguard – Bocage and Tuscan, for example, are two maps that suit any Combat Pacing, play like traditional CoD maps, and will likely work well in the competitive confines of the upcoming Vanguard ranked mode and the CDL. Smaller maps like Eagle’s Nest currently feel a bit fraught, but in a 4v4 competitive scenario I think they may come good. 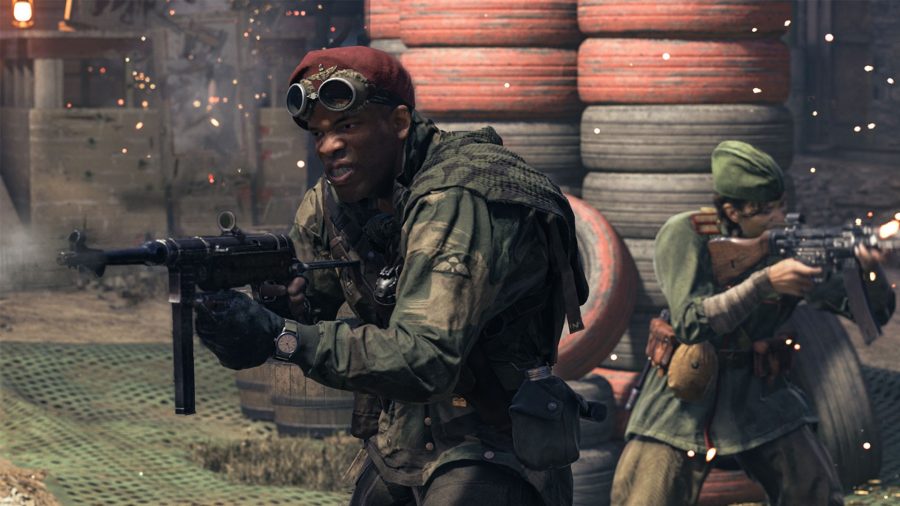 Separately, Das Haus also serves its purpose as this CoD’s tiny chaos map very well. It’s a hoot – even if it is leading to a few frustrations online.

While they look great, some of these realistic maps are quite frankly terrible to play

However, these gems are tossed into the mix with some of Vanguard’s more realistic maps. It’s already been confirmed that there’s something of a 50/50 split in Vanguard’s large map pool, with Sledgehammer saying in a Washington Post interview it wanted to build some maps in the traditional CoD style, and others to be hyper-realistic battlefields.

This is fine, but with no separation of the two factions by way of a map filter or dedicated playlists, I’m constantly thrown into maps such as Sub Pens, Berlin, and Red Star. While they look great, some of these realistic maps are quite frankly terrible to play. Hopefully we get some sort of separation via playlists, map votes, or a filter in the near future to ease this issue.

The other big issue is weapon balancing, caused by Vanguard’s super-sized attachment system. With ten attachments on each gun – some of which are overpowered by design, such as the Vital proficiency – players can rather easily boost certain stats to ridiculous heights.

We’ve seen guns with sub-100m/s time to kill figures, assault rifles that can two-shot at seemingly any range, and, well, whatever this is.

While more customisation is usually welcomed, the community was concerned before release that balancing all of these attachments would be a tall order – and they were right. 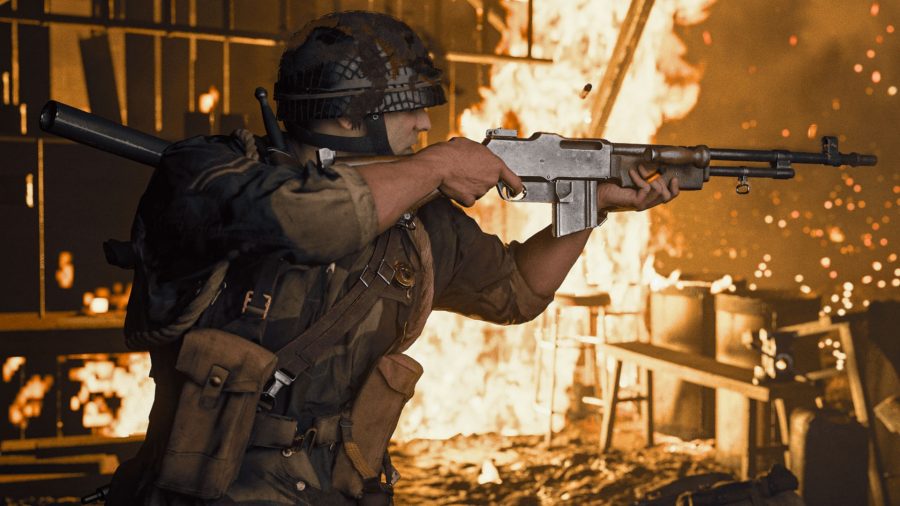 Most of these overpowered builds will eventually be addressed with buffs and nerfs in a future Vanguard update, but for right now, as Sledgehammer lets us run riot with whatever we please, it’s all a bit of a mess. This also has me concerned for Warzone when Vanguard integration happens in December, but that’s a topic for another day.

As well as balancing and map concerns, there is a rather baffling decision that could be a nightmare for competitive play: the lack of a Trophy System. Having no Trophies leads to downpours of stuns and grenades for objective players to soak up in modes like Hardpoint, with next to no defence. It’ll be interesting to see whether one gets added, or how players adapt over the course of Vanguard’s lifespan to combat this.

As things stand right now, Vanguard is sporadically enjoyable. There are great moments, but it’s extremely messy. A tangled web of overpowered attachments, having to play undesirable maps, and a couple of concerning points for competitive-minded players mean it’s nowhere near the game it can be.

However, most of my issues with Vanguard can – and I think will – be rectified by Sledgehammer Games. Adding one more viable competitive map in Season 1 and a filter or playlists will calm my concerns around the current lineup of maps. Plus, extensive weapon tuning (which will likely happen before ranked and the 2022 CDL launch next year) and CDL rulesets will sort out some of the ridiculous loadouts we’re seeing right now.

I have hope that after two sub-par years of multiplayer, Call of Duty Vanguard will eventually be a great competitive title. Let’s just pray that my hope isn’t misplaced.

Vanguard’s multiplayer offers only fleeting moments of fun right now, but its core issues can all be solved in time. Sledgehammer’s philosophy when it comes to maps and attachments means that, right now, you rarely get the optimum experience, but with dedicated spaces for competitive players it might well become the competitive Call of Duty game we’ve been waiting for.