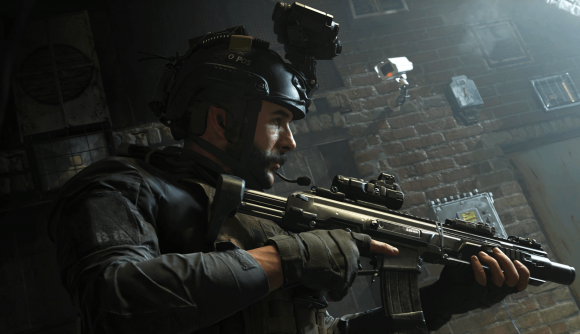 A Twitch streamer has finally reached one thousand subscribers seven years after she started broadcasting.

WickedSarah hit the milestone while streaming the recently-released Call of Duty Modern Warfare on Monday, November 4th. This followed a massive influx of gift subscriptions that took the streamer from around 300 to well over 900, with the streamer bursting into tears and thanking her fans.

“What do I say now?” she says in the clip. “I’m shaking. I went from 300 subs, which I already thought I didn’t even deserve in the slightest, to over 1,000. I spend every day just hoping that you guys will be my friends. This is above and beyond. I feel really awkward and corny and gross right now, but I don’t know what else to do.”

Taking to Twitter after the stream (which you can watch below), WickedSarah says she’ll never stop putting time into her channel despite her low stats, going on to thank her fans again.

No matter how small my statistics are and how many ups and downs, I’ll never stop investing in and being passionate about my content.

At least at the end of the day, if nothing else, I’ll have something I’m proud of.
Thanks to the wicked who are still rockin’ it with me.

WickedSarah opened her channel on October 19th, 2012 and has spent most of her time streaming Grand Theft Auto V and Call of Duty: Black Ops II. During her career, she has become a Twitch partner and is currently sponsored to play Call of Duty Modern Warfare.