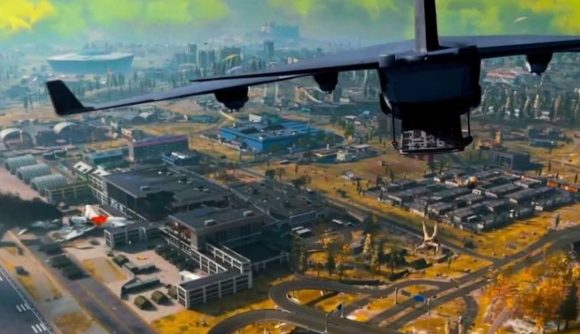 Despite the game only launching Tuesday, several streamers and professional players have already put up some serious numbers in Call of Duty: Warzone.

The current world record belongs to streamer TMemoryy, whose team managed to hit some 57 kills in one round. That’s comfortably more than a third of the lobby. The performance, which can be viewed below, is an impressive 20-plus minutes of tactical shooter action as TMemoryy and his team-mates, Dismissible, and WickedSkengMan, run through the competition. Although he managed a very respectable 20 kills himself, TMemoryy claims it wasn’t his best performance in the video description.

Not far behind are Dallas Empire’s legendary Call of Duty pro Ian ‘Crimsix’ Porter, along with teammates Doug ‘Dougisraw’ Wolf and Tyler ‘TeePee’ Polchow, who shot, exploded, and meleed their way to a 55-kill round. It’s only 48 hours since Warzone dropped and pros are starting to consistently push at what’s achievable within the 150-person, three-per-team format. Crimsix is already the world record holder for most tournament wins in Call of Duty history, and he’s heading toward being king of the hill in Warzone now, too.

It’s not too surprising that Warzone’s attracting this level of play, since from moment go the mode’s been setting records for amount of players and viewers on Twitch. Some 6,000,000 downloaded and checked out the free Call of Duty add-on in the first 24 hours.

Given that is all in the first week, it’s looking like Call of Duty: Warzone is going to be as exciting and competitive to watch as it is to play as pros continue to get a better handle on the battle royale.