When Call of Duty: Modern Warfare unveiled a brand new entry into the battle royale genre in Warzone, fans went nuts for its enormous map, 150 player games, and ability to bring your multiplayer classes into the game.

Now the dust has settled on its release. Players have explored every inch of the Verdansk battlefield, have fine tuned their perfect loadouts class, and have set some mind-boggling records. This is usually where players now begin to get really competitive, and what better way to start improving, keep grinding, and scratch that competitive itch than with a skill-based rankings system. However, that’s something Warzone fans may be waiting an awful long time for; that is if it ever gets introduced at all.

While some of its older siblings in the battle royale genre like Apex Legends and Fortnite all have dedicated ranked modes, Infinity Ward decided to launch Warzone without one and confirmed to fans that there isn’t even skill-based matchmaking involved in the mode – or so it says.

This means that, in theory, you’ll always be playing against squads of completely different skill levels every time you drop and there’s no official measurable way to compare yourself and compete with players of the highest caliber.

So will we ever see a rankings system in Warzone? How would it work and is it feasible? And how are the game’s top players and streamers managing to forge a competitive scene out of Warzone already, despite a lack of a ranked system?

Does Call of Duty: Warzone have a ranked mode?

No, Call of Duty: Warzone currently has no form of ranked mode or ranking system in place. Despite a number of its competitors having popular ranked modes, Infinity Ward has decided to launch Warzone without one.

While each individual player’s stats are tracked and can be viewed in the game menu, these stats currently do not equate to any form of ranking. There are independent tracking sites, such as CoD Tracker, that put players into leaderboards for certain metrics like total kills or game wins, but they are currently the only way to compare players with each other. It’s also worth saying that since Infinity Ward has set everyone’s statistics to private as default, some of these sites aren’t accurate.

Infinity Ward also claims these performance stats have no effect on finding opponents after confirming that Warzone and other large-scale game modes in Modern Warfare like Ground War do not have skill-based matchmaking, despite the game’s smaller multiplayer modes having it. As you will read later, some dispute that that is the case.

Again, in regards to matchmaking, Infinity Ward’s studio head Pat Kelly told us that there is no skill based matchmaking in any large player count modes in Modern Warfare, and that will include Warzone. https://t.co/0pJyMvyNMA

When is ranked coming to Call of Duty Warzone?

How would a Warzone ranking system work?

If a ranked mode were to be introduced into Call of Duty: Warzone, it would of course follow the general guidelines of any rankings system and have several tiers that can be climbed by earning points by achieving a number of things. Battle royales like Apex Legends and Fortnite earn points for aspects like kills and final placements, and Warzone would likely do the same. 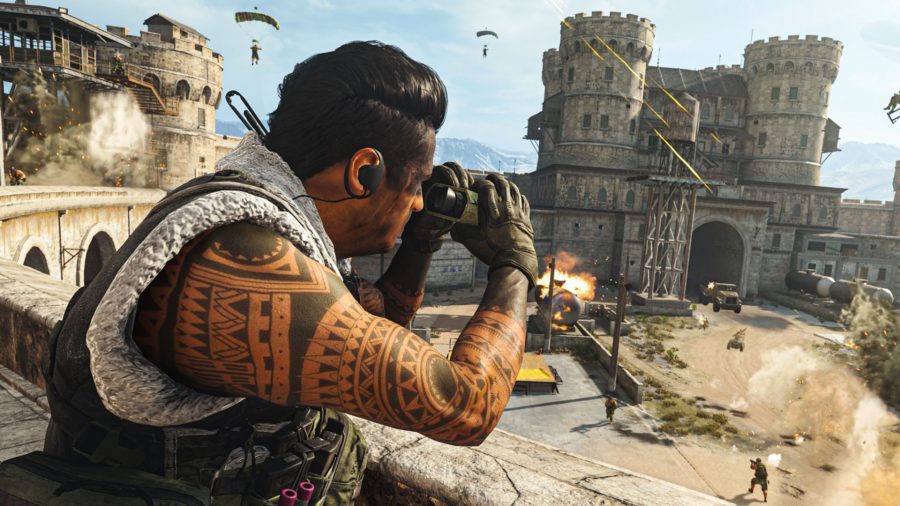 This has already been explored in some of the early competitive tournaments that have been organised for streamers and professional players in the first few weeks of its life. Warzone Wednesday’s was a straight up kill fest, with a squad’s total eliminations being the only measurable factor, while the Twitch Rivals Streamer Showdown awarded points for both kills and final placements.

Does Call of Duty: Warzone have skill-based matchmaking (SBMM)?

Officially, Call of Duty: Warzone does not have skill-based matchmaking. Infinity Ward confirmed this on the release of the battle royale mode this March.

However, this hasn’t stopped a number of notable names in the community challenge this. 100 Thieves founder and former Call of Duty pro Matthew ‘Nadeshot’ Haag was adamant that there is some form of SBMM at play in Warzone, claiming after a tournament that he frequently matched with a number of other streamers and pro players in lobbies.

This includes players that are on my friends list that live all over the country so I know it’s not connection based. I’ve fought Merk, Teepee, Maven, Crowder, JoshOG, Diego, Huskers, Crimsix, Ninja and Noah all in the last few days MULTIPLE times.

His claims were met with agreement from a number of other streamers and esports pros who have had similar experiences.