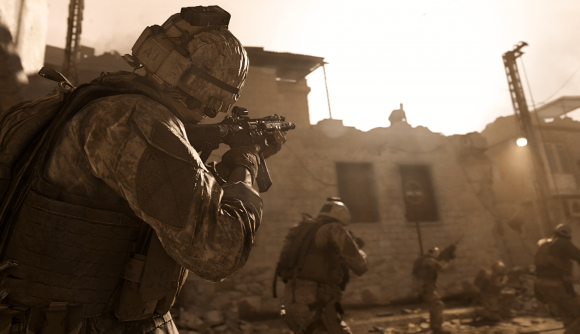 A Call of Duty player has provided us with a nostalgic throwback to the days of noob tubing in previous Modern Warfare titles with a crazy six-man kill straight off spawn that ended a round of Search and Destroy in seconds.

A clip posted to Reddit by ‘Burford250’ shows him firing a round from his M4A1’s underbarrel grenade launcher high into the sky off spawn on Piccadilly. Less than three seconds later, the kill feed immediately lights up as all six members of the opposing team fall victim to the mortar-like grenade Burford250 had just sent their way, swiftly concluding the round in what must be record time.

As is evident from the killcam that followed, it appears that the grenade lands next to one of the many vehicles scattered around Piccadilly and destroys it, increasing the power and range of the explosion. Burford250 exclaims “Oh my…” as the rest of his team burst into laughter.

As impressive as the clip is, it has now raised concerns as to whether noob tubes should be treated the same as equipment and killstreaks and be restricted with a timer at the start of the round to prevent such squad wipes happening as soon as a team spawns in.

Infinity Ward has been pushing out a number of updates and patches in recent weeks to address some of the biggest issues with the game, such as claymores, callouts and the much feared 725 shotgun. It’s likely that this will also be addressed in the near future.

While The Loadout shouldn’t encourage such nooby behaviour, this hilarious clip surely shows the quickest round of S&D on the new Modern Warfare so far. Think you can end a round in less than three seconds? It seems the trusty noob tube is the only way to do so.