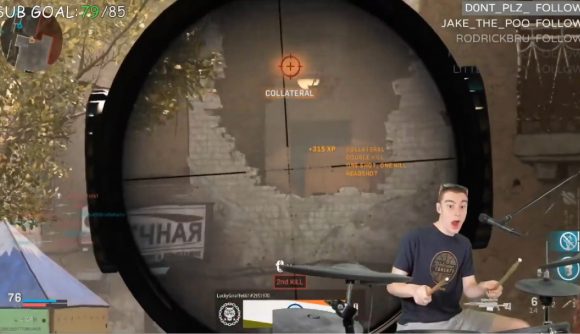 Games and music have gone hand-in-hand for as long as people have been playing. From the reverberating start-up ‘bommmm’ of the original PlayStation to the opposite but equally iconic soundtracks of Doom and the Legend of Zelda, music is an integral part of the gaming experience.

Call of Duty streamer ‘Deano’ was determined to find a place for music in the Battle Royale era. So, he hooked up an electronic drum kit to his PC and mapped each drum to a key. With a lot of practice – and a deadly sniper rifle – he quickly began racking up kills by tapping out a beat.

You can see the high toms dictate Deano’s view, the pedals control movement, and of course, he hits the crash cymbal to fire. Armed with a sniper rifle and shotgun combo, the streamer was soon racking up headshots, collaterals, and triple kills. Perhaps the likes of Dave Grohl or Ringo Starr could make the move to esports soon? Okay, probably not Ringo, but you get the idea.

Deano’s drum solos are up to scratch with his Call of Duty plays, but he might be worried that his extended drumming sessions and loud kill reactions could annoy his neighbours. 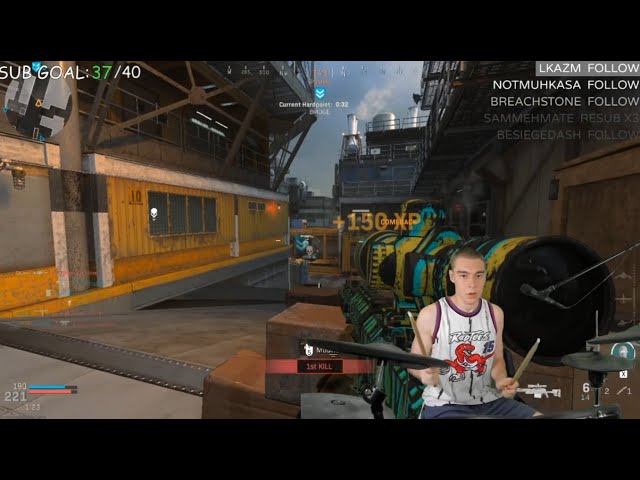 His highlights include a lot of impressive snipes on unsuspecting opponents, but his shotgun skills are arguably more impressive. Up-close and fast-paced, he doesn’t have much time to line up a shot or steady his aim, but still clears corridors of enemies from his path. It’s probably for the best that his opponents don’t know they’re getting outplayed by a drummer.

Viewers love his streams, and his kill compilations have since gone viral. It’s not hard to see why, when every move is accompanied by an intense drum fill, and each kill crescendoes with a dramatic cymbal crash. It’s unlikely that the drum kit will make it in the competitive scene, but this effort is the latest in a long list of streamers using innovative input methods for their games.

In the past, YouTubers have played Call of Duty with a pair of DK bongos and really got into the character of Sam Porter Bridges by playing it Death Stranding using a treadmill.