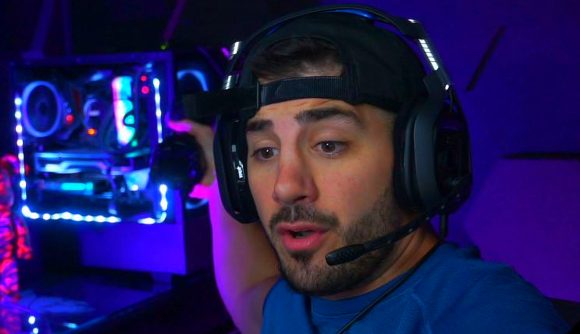 Call of Duty: Modern Warfare developer Activision has turned to Twitch star Nick ‘NICKMERCS’ Kolcheff to kick off the hype train for Season 5, with the Warzone streamer exclusively revealing a teaser for next season during a livestream.

NICKMERCS gave a first play of a very short teaser video for the next season of multiplayer and Warzone in Modern Warfare. The video lasts for just nine seconds, and is a single shot taken from the perspective of what looks to be the driver’s seat of a train sitting outside the Train Station point of interest in the Verdansk map. It shows a low-flying helicopter pass overhead, followed by a loud blast of a train horn. While the video lacks action, it looks to confirm speculation and leaks of a train full of loot being added to Warzone.

While the date for the launch of Season 5 was predicted to be August 4 as this is when the current Season 4 Battle Pass expires, the video displays the date ‘5-AUG-2020’ at the top, suggesting it may in fact be a day later than expected.

There is also a timestamp in the top showing ‘10:46’ as the time of day the clip was recorded. Could this be the time of the train’s first journey through Verdansk? Or just a random time?

In the top left there is a code: ‘6DTC7.’ No one is yet sure what that means.

The tease was even more elaborate than just the video, however. The USB drive containing the video file was sent to NICKMERC inside of a large chess piece; a rook, to be precise.

Modern Warfare fans of old may remember the name Rook. He was an Australian soldier in Task Force 141 and is the driver of the jeep in the Modern Warfare 2 mission Enemy of my Enemy, but is killed helping Price and Soap escape. Could he be becoming an operator for Season 5?

As was pointed out by ModernWarzone on Twitter, a rook chess piece is also the logo of Shadow Company, the private army loyal to General Shepherd. Interesting…

Shadow Company’s logo is a rook.

Shadow company is an elite unit of private military contractors from #ModernWarfare 2 who were under the direct command of General Shepherd.

They assisted in the betrayal of #TaskForce141 at the end of #MW2. #CallOfDuty #Warzone #Season5 pic.twitter.com/KaClBKuoa8

Whatever is coming in Season 5, it looks as if there will be even more tie ins with the original Modern Warfare series’ story.