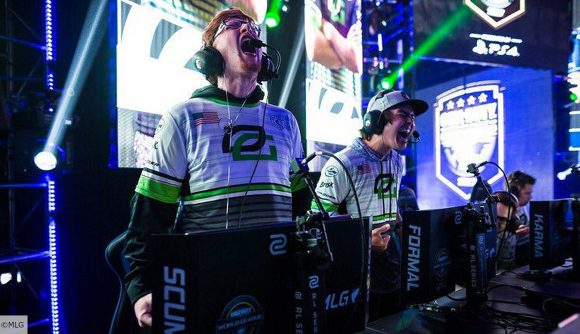 Chicago Huntsmen’s Seth ‘Scump’ Abner has opened up about preparations and expectations for the fast-approaching Call of Duty League.

In an interview with NRG (the owners of the Hunstmen’s league spot) Scump said that he is the most excited he’s been in a long time at the prospect of playing the new Call of Duty title -Modern Warfare – at the highest level and that the prospect of competing alongside former OpTic teammate Matthew ‘FormaL’ Piper is “super exciting” and “motivating.”

Scump and FormaL were both part of the iconic OpTic roster that won the 2017 Call of Duty championship, alongside Ian ‘Crimsix’ Porter (now at Dallas Empire) and Damon ‘Karma’ Barlow (now at Seattle Surge). While the pair were close friends, their relationship soured after FormaL left for Luminosity Gaming. However, the pair have now patched things up. Their reunion appears to have fired up Scump who is excited to have “heavy hitter” FormaL alongside him once more.

“Back on the old dynasty team [OpTic], it was like me and Matt were the heavy hitters and Ian and Damon would do the dirty work,” Scump explains. “I’m really excited to have him back, obviously, alongside the new additions to the team.”

“It took longer than I personally wanted to to get back on good terms with him again,” he adds, “but now to be on good terms and to have him back on the squad is just super exciting and motivating because we used to do some real damage together.”

Despite the general reception from pro players being quite negative towards Call of Duty: Modern Warfare, Scump appears to be in positive spirits and is itching to get into playing the game on the competitive stage.

“I’m really really excited. This is probably the most excited I’ve been for a new game in a while, just because of the sheer boredom I’ve endured for the past couple of months, so I’m pretty excited and ready for a new change of pace.”

Scump and FormaL are joined at the Chicago franchise by Alec ‘Arcitys’ Sanderson of last season’s championship-winning eUnited roster, former Gen G youngster Dylan ‘Envoy’ Hannon, and Pierce ‘Gunless’ Hillman, who was a teammate of FormaL’s at Luminosity.

The stacked roster has a bumper haul of CoD titles between them.

Chicago Huntsmen are one of the favourites to become the first ever champions of the franchised Call of Duty League which commences on January 24.