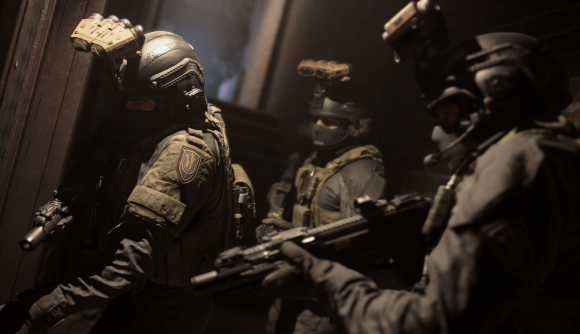 If you’re a fan of Call of Duty Modern Warfare’s Gunfight mode, then we’ve got some good news for you. According to Joe Cecot, Infinity Ward’s co-design director of multiplayer, the duelling mode will be getting 1v1 and 3v3 options in the future.

When asked about future 3v3 plans for the popular Gunfight mode on Twitter, Cecot replies: “At some point, also 1v1.” That’s all the detail we have on the mode’s expansion so far, but it’s enough to get excited about.

Gunfight is currently a 2v2 mode, similar to Counter-Strike: Global Offensive‘s Wingman, where players are pitted against one another with randomly generated loadouts. The loadouts change after every two rounds, and if members from both teams still remain after 40 seconds, a flag in the centre of the map has to be taken. A win is recorded when one team reaches six rounds. Currently Gunfight isn’t an official ranked mode, but there may be scope to add this in the future, especially if tournaments are here to stay.

Modern Warfare will also be adding O.S.P Gunfight in the next few weeks, which will see players start off with nothing but their fists, and fight for weapons spread across the map.

The addition of 1v1 and 3v3 has been welcomed with open arms by the community, who like the different dynamic the duel mode brings.