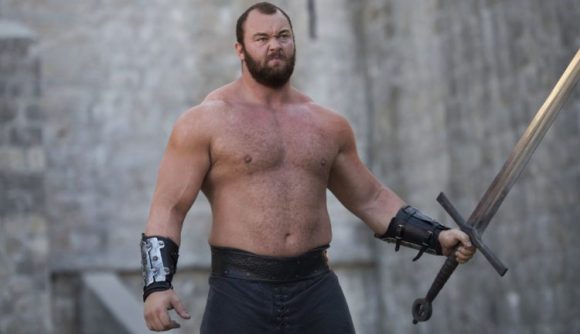 One of the world’s strongest men, Hafþór Júlíus Björnsson, has been playing a lot of Call of Duty: Warzone recently. The Game of Thrones actor known for playing The Mountain, Ser Gregor Clegane, can be found on Twitch most nights shooting his way through Verdansk, and although he’s a pretty tough nut in real life, it seems trees are his Achilles heel.

The actor was playing solos while chatting to his stream last night and despite getting off to a good start, The Mountain was killed in Downtown Verdansk and thrown into the Gulag. After he cleared that with no problem, Thor dropped back onto the map, but clipped the top of a pine tree on his way down, killing him instantly.

In between playing Call of Duty: Modern Warfare, Thor is training to take a new world record. The accomplished weightlifter is planning to break a deadlift record set in 2016 of 500 kilos (1,102lbs) by Eddie ‘The Beast’ Hall.

The Mountain was planning to take on the world record at an event in Bahrain on Saturday, May 2, but since he’s stuck at home in isolation, he’ll probably be streaming the effort instead.

Let’s just hope he does it inside away from the dangers of the natural world, eh?