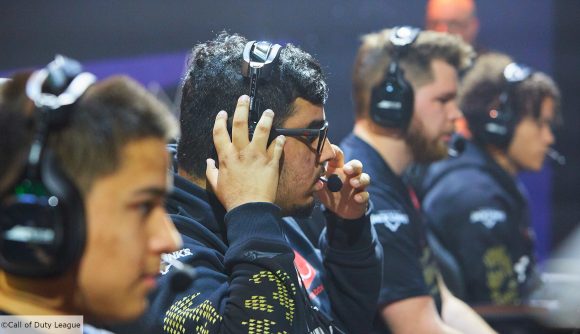 When Dallas Empire announced that Cuyler ‘Huke’ Garland and established veterans James ‘Clayster’ Eubanks and Ian ‘Crimsix’ Porter would be joined on its Call of Duty League roster by two unproven rookies, many were surprised.

Anthony ‘Shotzzy’ Cuevas-Castro was plucked from competitive Halo, while Indervir ‘iLLeY’ Dhaliwal had never represented a professional CoD team. Both were calculated risks, with the team hoping that the mentorship of Clayster and Crimsix would quickly harness their talent and turn them into top tier CoD players.

That goal seemed like some way off when they both stepped out at the CDL Launch Weekend in Minnesota, with both putting in poor performances and posting very low K/D ratios at an event that Dallas crashed out of winless. This led to a tidal wave of criticism, and the notion that the two rookies can’t cut it in the CDL has plagued them for most of the season.

However, last weekend Dallas Empire won its third Home Series of the season in dominant fashion, with some scarily confident performances from both rookies, and Shotzzy was even announced as the first nomination for the league’s 2020 MVP. Things are certainly playing out very differently from that cold January weekend in Minnesota.

With three titles and a spreadsheet’s worth of crazy statistics, can anyone doubt their abilities anymore?

“I wouldn’t say so, no,” iLLeY tells The Loadout after being asked that very question. “At the start of the year, me and Shotzzy came straight into competing and we didn’t have much respawn knowledge. But over the course of the year you can see us improving more and more, and Clay and Crim have taught us an absurd amount which has helped us a lot to get to where we are.”

While iLLeY respects that the initial stick he and Shotzzy received at the start of the season was warranted, he believes that they’ve worked hard enough under the tutorship of their more experienced teammates to prove themselves as two of the league’s best players.

The London Home Series last weekend really was the fruit of their labours. Shotzzy posted the highest average K/D of any player across the whole event. iLLeY was not far behind and had some huge maps like his Piccadilly Search and Destroy against fellow top four team Florida Mutineers or his group stage Domination against Paris Legion.

“Our first tournament in Minnesota, everyone was doubting us because we were both playing really poorly, but ever since t it’s just been uphill,” iLLeY says. “I wouldn’t really say people have the right to doubt us anymore. We’ve been improving and grinding every day. We’ve been solid. We show up.”

While the doubters should be all but silenced, going into the Call of Duty League Championship as the top seed would definitely seal the deal. Dallas has the chance to do just that this weekend at the Toronto Home Series, where another title win would see them take the top spot in the CDL standings and become the number one seed for Champs.

Look out for another interview with Dallas’ Clayster about aiming for that number one spot later this week.