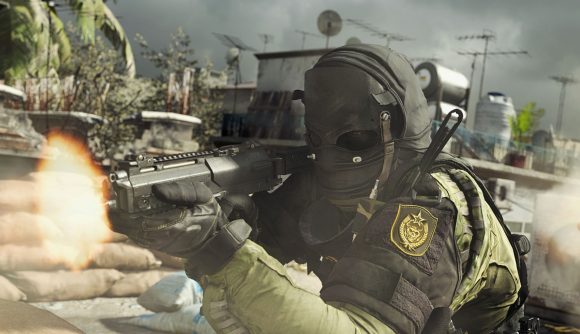 A new weapon has been added to Call of Duty: Modern Warfare and it’s silent but deadly. The crossbow has made its way to the game’s popular multiplayer but players will need to earn it through marksman missions in game if they want to run riot on Shipment with it.

The one-hit kill weapon is available in game now,  but players will need to get five kills with a marksman rifle equipped with a reflex optic in 25 matches. The weapon uses standard bolts, which you can retrieve like throwing knives, explosive fury bolts, venom gas bolts, and backburn thermite bolts. The crossbow’s cable, arms, underbarrel, stock, and optics can be changed. A perk can also be added to the weapon.

But that’s not all. As part of the patch, Infinity Ward has upped the amount of loadouts in multiplayer, buffed and nerfed a number of guns, and brought in a new playlist.

Shoot House 24/7 has been removed from the rotation and a new mode call Shoot the Ship has been added. Fixes for a number of out of bounds exploits have also been fixed, making games fairer for all.