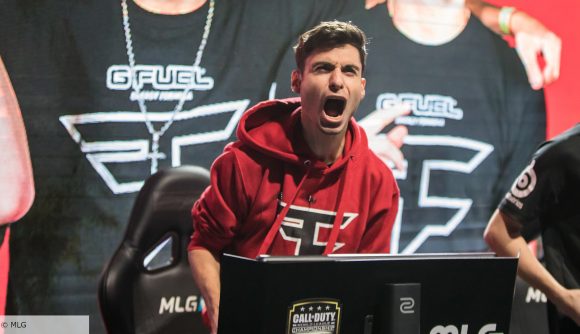 Thomas ‘ZooMaa’ Paparatto has been confirmed as the first player on the roster of the New York-based franchise ahead of the inaugural Call of Duty League season.

ZooMaa, who had been a member of FaZe Clan’s Call of Duty roster since April 2015, grew up in New York and said in an announcement video that it was a “blessing” to be back in the city where he could be closer to his friends and family, adding that it was “good to be home.”

The New York team is joint-owned by the same parent company as Overwatch League franchise New York Excelsior, as well as the famous baseball team the New York Mets. So far, it’s only the third team to have announced the signing of a player after the London and Minnesota franchises both announced three members of their five-man rosters.

ZooMaa was named the MVP of Stage One of the 2018 Call of Duty World League season. Despite that, the 2019 season was a disappointing one for FaZe, failing to win any major events and performing poorly at the World Championships. ZooMaa was also sent out on a short-term loan to OpTic Gaming, but returned to FaZe towards the end of the season and was a regular in its roster.

Join us in welcoming Thomas @ZooMaa Paparatto to the @andbox_official family. It’s good to have you home. pic.twitter.com/Z6W27qbIL7

In his announcement video, ZooMaa revealed that he was “excited to play alongside an amazing roster and represent New York on the world stage.” This may mean the New York team has been assembled, so we could expect announcements very soon as to who ZooMaa’s teammates will be.