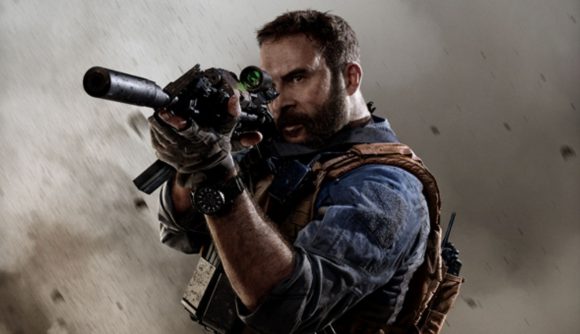 The winners of the Golden Joystick Awards 2020 have now been revealed, and it’s fair to say that at least a couple of the victors have proved to be slightly contentious. Brandon ‘IamBrandon’ Stennis was declared the Best New Streamer, while Fall Guys nabbed Best Multiplayer game, though it was Call of Duty: Modern Warfare’s win in the Esports Game of the Year category that got the most gums bumping.

Over on Twitter, it’s clear to see that its win has been divisive. Many of the comments below the official Golden Joystick announcement are decidedly negative, though Call of Duty content creator Tom ‘Syndicate’ Cassell agrees with the decision, saying “100% deserved. Fucking awesome game. Brought me and all the boys back together!”.

Many of the negative comments stem from frustrations about the Multiplayer specifically, whereas opinions on Warzone tend to be more positive. What you also have to remember is that this category is voted on by the public, not the pro community itself.

100% deserved. Fucking awesome game. Brought me and all the boys back together! GG's.

The Call of Duty League 2020 season kicked off in January, ran through to July, then ended with post-season playoffs to determine the winners in late August. Ultimately, Dallas Empire triumphed over Atlanta FaZe to be crowned the winner of the first-ever CDL.