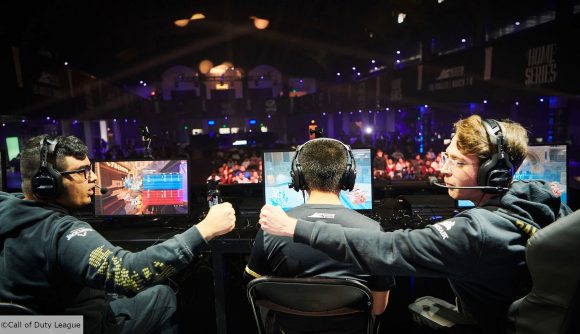 According to sources at The Esports Observer, it appears Activision Blizzard is considering the possibility of having the 2021 Call of Duty League season played offline in a bubble environment.

Just like the NBA, which is currently playing through its 2020 season in an isolation zone at Walt Disney World, the CDL would be forced to relocate their players during the 2021 season. The two cities currently being considered for the bubble’s central location are Las Vegas and Dallas.

Playing in a bubble environment would remove any concerns about teams having connection advantages due to the location of the servers. With professional players being forced to relocate for the sake of the bubble, this could cause some disruption between players and their teams. 2017 world champion, Seth ‘Scump’ Abner, took issue with this upon hearing the news for the first time during a livestream. “A bubble? What the fuck am I going to do about my dog, my cats… I don’t want a bubble!” says Scump. “I would rather play online than go live in a bubble somewhere.”

It’s currently unclear whether team owners are on board with the league’s proposal. Social bubbles will be used during this year’s League of Legends Worlds in Shanghai, but the concept of an entire season being played in this way seems quite radical. The 2020 season spanned eight months from January to August.