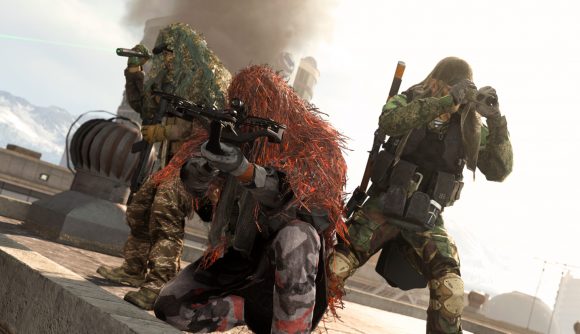 Activision has revealed that the 2020 instalment of Call of Duty will be called Call of Duty Black Ops Cold War, confirming the rumour which had originally been leaked by a packet of crisps. The full reveal of the game will come on August 26 in Call of Duty: Warzone.

So far, Activision has released the official logo (again, leaked by the crisps), as well as sending out several crates to big Call of Duty influencers to tease the upcoming game. These crates – and their contents – form part of an alternate reality game, which will lead to the ultimate reveal of the new game within Warzone next week.

A video called ‘Know Your History‘ has also been released, describing the themes of the game and teasing the political angle of this year’s Call of Duty. It featured no gameplay, but instead focused on real-life KGB defector Yuri Bezmenov’s speech about government disinformation and the destabilisation of a global superpower.

This is much later in the year than we would usually see the new Call of Duty reveal, and Warzone might have something to do with that. The free-to-play battle royale released in March to sit alongside 2019’s Call of Duty: Modern Warfare, and has proved a smash hit. While we know Warzone will continue to evolve and remain part of the roadmap for Cold War, it may well have been that 2020’s reveal was delayed to avoid stepping on Warzone’s toes.

By having the reveal in Warzone, it not only demonstrates huge confidence in Warzone as a platform, but also helps link Warzone and Cold War together, planting the seeds for Warzone’s inevitable upcoming evolution.

Warzone players had previously discovered a basement in the map which led to a 1960s style television set, which included clips from the start of the Cold War, such as JFK’s involvement in the Cuban Missile Crisis. Players have also discovered a giant missile on the map, which could also be clue for the Cold War reveal; it could even launch and destroy a section of the map to make way for a new, Cold War styled arena.

It’s an inventive way to reveal the next instalment for a franchise which is frequently accused of running out of ideas, and bodes well for Call of Duty fans in the run up to the new release.