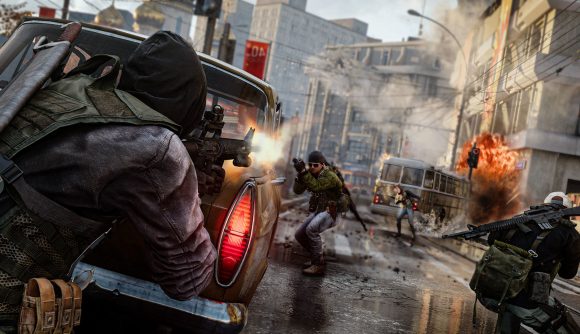 The debate around skill-based matchmaking has once again resurfaced thanks to 100 Thieves CEO Matthew ‘Nadeshot’ Haag. The multiplayer system, which aims to match players of a similar skill level in competitive lobbies, was a major point of contention during Call of Duty: Black Ops Cold War’s September alpha test.

Pro players from within and outside the Call of Duty scene were – and clearly still are – more than happy to share their hot takes on the subject, with some decrying its use and arguing for its removal from Cold War and Call of Duty at large. Nadeshot has now appealed to developer Treyarch to dial back “the difficulty of lobbies” in a recent tweet. “We’re gonna drive so many big creators away,” he says. “I’m dead after playing for 9 hours.”

He states that “Call of Duty has created a hardcore True Skill system on the back end without any upside for players.” Nadeshot says that he doesn’t mind playing against those of a similar skill level, but he wants to be told where he stands in relation to other players globally, specifically through some sort of ranking system.

The reality is that skill-based matchmaking has been a part of Call of Duty for over a decade at this point. Its removal would likely result in poorly-balanced matches where pros and daily players trounce casuals with ease.

Call of Duty has created a hardcore True Skill system on the back end without any upside for players. I don’t mind playing against people that are similar to me in skill, but at least tell me where I stand in comparison to others globally. Give me a rank that reflects my skill.

This might sound like a dream if you’re trying to grab some impressive clips, but it risks ruining the multiplayer experience for those who, for one valid reason or another, can’t hope to play at that high level. So perhaps a system like the one Nadeshot suggests could be a worthwhile experiment for either Cold War or COD 2021.

SBMM in Black Ops Cold War is so strong, that not a single pro player on my friends list has a 2.0 KD pic.twitter.com/OyGuZmRGeZ

That said, it does sound like Cold War’s implementation of SBMM has been especially harsh on pro and high-skill players. Doug ‘Censor’ Martin has shared that not a single pro player on his friends list has a K/D above 2.0. These are not the kind of stats you’d expect the game’s elite players to be putting up, which could suggest SBMM is hindering them considerably. Either that, or they’re yet to get properly warmed up to the new Black Ops Cold War maps and gameplay.