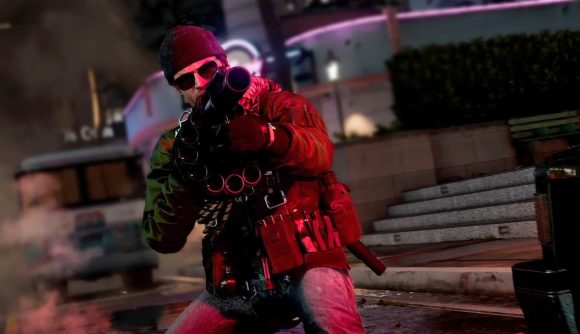 Last weekend’s Call of Duty: Black Ops Cold War alpha has seen one of gaming’s most controversial and debated topics rise to the surface once again: Skill-based matchmaking. In an argument that seemingly never ends, pro players from a range of esports chimed in to have their spiciest takes heard by all who would listen.

Each has its merits. SBMM allows players to enter fairer games, so newcomers won’t come up against full-time streamers or esports professionals. However, those pros will always be pitted against their peers, making for more difficult matches. Some streamers argue that sometimes they want a more casual game, whereas their detractors suggest they just want to “pub-stomp” less experienced players in lobbies with more disparate skill levels.

As with most things on Twitter, the discussion quickly got out of hand. Former Call of Duty World League Champion Seth ‘scump’ Abner kicked things off by insulting both professional streamers and less experienced players in an anti-SBMM tweet.

SBMM does not belong in Call of Duty. There should be a ranked playlist for people to sweat in. I’m not trying to play Scuf wielding game fuel chugging demons with szn in their psn on Miami TDM. Also, to the noobies that are gonna cry about this tweet, hold this choppy gunny.

Doctor Disrespect responded with a video of scump getting a Nuclear killstreak in a public lobby, insinuating that he was abusing the non-skill matched opponents, farming them to get a good video clip. This, however, was Doc’s only foray into the arguments – but he probably can’t afford any more controversies at this point.

However, many regular players thought that their matches would suffer if they had no chance against pro players getting 50 kills a game. While it may be more fun for the streamers to rack up the kills and unlock Nukes easily, everyone else in the lobby would suffer.

watching people argue that FPS players should in fact, not play people who are as good as them, but people worse than them so they can stroke their ego is so fucking pathetic.
what's the joy in beating people up who play once every two weeks if you're playing this shit full time

However, this rustled some feathers in the Call of Duty scene, and Leffen was soon told to keep to his lane and not butt in on other game genres.

if you’ve never played FPS games then it makes sense you think this way. so much different than a fighting game.

The basketball/tennis analogy seems odd, as SBMM is more akin to Lebron James turning up in a park to score constant three-pointers against teenagers than a new player trying a game of basketball and tennis. Besides, if you head to a tennis court at your local park to find a game, you’re more likely to find someone of your skill level than if you turn up at Centre Court during Wimbledon.

However, the discussion did lead to some positive outcomes. For instance, a Treyarch dev mythbusted the notion that previous Call of Duty titles didn’t have SBMM:

They all had SBMM. https://t.co/POpRwO0qXR

So, if you thought that multiplayer was better in previous games, then that’s fine. But it isn’t necessarily SBMM that’s making you enjoy this one any less.