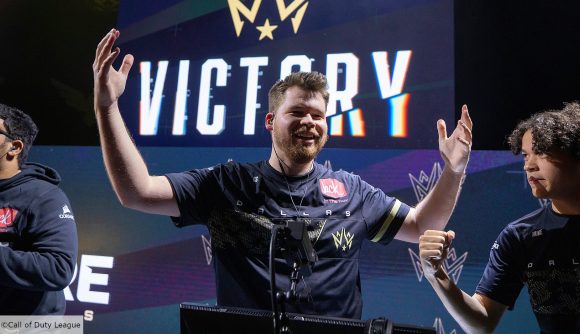 The skill-based matchmaking debate has cropped up again, spearheaded by the three-time Call of Duty world champion, Ian ‘Crimsix’ Porter. “Tell me why my SBMM Elo carried over from the alpha to the beta”, says Crimsix. “I’m loading in a map, level one, versus a full team of Search and Destroy stars with serious cases of ‘stank chair’.” You might think one of the greatest Call of Duty players of all time would relish the opportunity to play against other strong players, but you’d be wrong.

Seattle Surge’s Peirce ‘Gunless’ Hillman chimed into the debate with his hot take: “The reason why I hate SBMM isn’t because I have to shoot back against people, it’s because the game reads me as someone that can carry five people. It gives me people with no hands and that is not fun. I don’t care what anyone says.” Gunless’ argument boils down to him not being happy with the teammates the game has chosen for him.

The argument against SBMM is that high-level players shouldn’t have to play against good players, unless they play a ranked game. Fortunately, David Vonderhaar, game designer and director at Treyarch, has all but confirmed ranked play will be in Black Ops Cold War.

Though the suggestion of a ranked mode will please the Call of Duty community, we still don’t know whether SBMM will be present in public matches once it’s introduced. The professional Call of Duty players that get paid to play the game by massive organisations will be eagerly awaiting the news.