Yesterday, Treyarch flicked the switch on League Play in Call of Duty: Black Ops Cold War – the ranked mode that gives competitive-minded players an arena to hone their skills outside of the mayhem of public matches.

While the return of a ranked Call of Duty mode has been hotly anticipated (Modern Warfare went its entire 12-month cycle without one), it’s clear from the player base’s response that League Play is not hitting the mark. As someone who has also spent a lot of the last 24 hours indulging in League Play, I have to say I agree.

Sure, League Play has been out for just one day – some would argue that’s nowhere near long enough to criticise something like this. But a lot of the faults many are now finding have been voiced by members of the competitive community since the mode was first announced. Regardless of how long you spend with it, it is clear that League Play is outdated, unrewarding, and prioritises grinding above all else.

Before I start dissecting League Play’s shortcomings though, let me say one thing: having any form of ranked mode, no matter what state it is in, is still better than having no ranked mode at all. Before, I could barely spend an hour playing multiplayer, with the unrestricted, SBMM-nightmare lobbies being a less than enjoyable experience. But yesterday, I played League Play into the early hours of the morning. Despite its obvious pitfalls, it’s a welcome addition.

With that said though, Treyarch has failed to reinvent League Play. Black Ops Cold War’s ranked mode is virtually identical, bar a few changes, to the League Play system used in Treyarch’s last game, Black Ops 4. When Treyarch gave the community a sneak peek at the mode a few weeks back, there was definitely a feeling of concern about this. League Play in Black Ops 4 wasn’t terrible, but we’re now two years on and it could definitely be improved.

A ranked mode today should have sophisticated matchmaking and a rewarding system that makes it satisfying to work your way up the ranks. Sadly, League Play lacks in both of those departments.

Matchmaking seems off from my early experience with League Play. While I was placed in a few dodgy games during my placements last night, it’s nothing compared to the experience of Florida Mutineers’ CDL pro Joseph ‘Owakening’ Conley, who after posting a 10 K/D ratio across his five placement matches, was still placed in the Competitor division – that’s the lowest-skilled section of the player base, by the way.

I really had a 10 kd just to get put into the competitor division. haha

The skill-based matchmaking appeared to be quite extreme in my placement matches too. Game one was one of the easiest games of Search and Destroy I have ever played, but in game two, I struggled to keep a positive K/D as my team succumbed to a 150-point deficit in Hardpoint.

The difficulty of games continued to swing back and forth very noticeably throughout my placements, but it did begin to settle – after I’d been told, like Owakening, I was in the bottom 50% of players.

Treyarch’s head honcho, studio design director David Vonderhaar, has already admitted that matchmaking could be throwing up some anomalies. He says he is considering “exposing the math” to be more transparent with players about what calculations influence League Play’s matchmaking and Division placement – but he also warns this might lead to more people criticising it.

I think it’s worth exploring if we can expose some of the math. It’s clear that people are asking about it. I need to think it over and talk to some people about it.

I could forgive League Play’s matchmaking faults if there were some exciting rewards on offer for climbing the Black Ops Cold War ranks, but there just aren’t. Players are expected to grind for very little, and for a game brimming with great content like weapon skins, operators, and blueprints, it’s a shame that the mode doesn’t lean into that more.

Currently, the only way to show off your rank is with badges – which do at least have the nice touch of changing appearance depending on how well you do in your Division Ladder – and a new calling card after every five ranks.

But, in all honesty, the ranks themselves feel underwhelming. Reaching the top of the League of Legends ranks earns you the title of Challenger. The best ranked players in games like Valorant and Apex Legends are branded Radiant and Apex Predator. But in Black Ops Cold War, you’re just, well, 30… Maybe it’s just me, but numerical ranks are nowhere near as exciting or rewarding as named ranks. 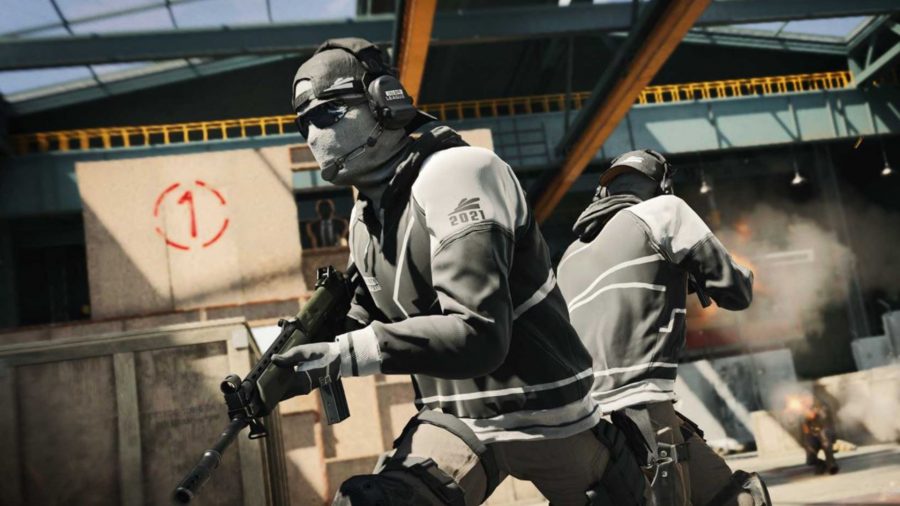 The grind is king

In addition, the structure of the League Play ranked system can be massively two things: grinding and luck – and I can see it causing a lot of frustration. The random nature in which you’re pitted against 50 other players in Division Ladders, the uncapped amount of games you can play in a Ladder, and the fact that the race to the top of the rankings is slow and staggered just leads to an unsatisfying experience in my opinion.

Any ranked mode requires a certain amount of grinding, of course, but in this current structure, players that are technically worse at Call of Duty than you can top Ladders, simply by getting carried by other players if they’re lucky enough. It’s a constant race to scrape out that extra win over your Ladder opponents, rather than a test of who the more complete Call of Duty player is.

While the widespread disappointment from the community can seem ungrateful after over a year of pining for some form of a ranked mode, Treyarch has definitely missed a few tricks by simply modifying the existing League Play experience from Black Ops 4.

Again, while we should be thankful that someone as high up as Vonderhaar is taking time to read and respond to criticism, the content of his replies and the overall execution of League Play suggests Treyarch didn’t understand what the competitive community really wanted from this mode.

Text me. I can’t find your number. Need to ask some questions.

Hard to say without digging in deep. My PURE guess is that we have better intel on you than him and/or he destroyed “bad players” and you held your own against superior players. BUT.. the more examples like this we get the more we can dig down and be sure things aren’t broken.

The developer is moving quickly though to appease some concerns with League Play, and just 24 hours after the mode went live, it has already broadened the list of restricted weapons, perks, and equipment.

However, had League Play been available since Black Ops Cold War launched, then maybe there would have been time to iron out all the bigger creases and make changes before the competitive CoD season began this week. But, for whatever reason, it wasn’t, and now competitive-minded players are left grateful that League Play is here, but generally disappointed in the end result.