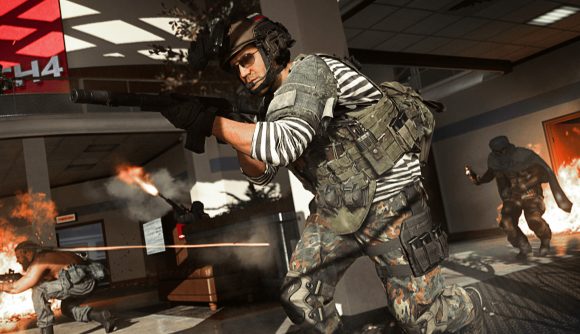 Activision Blizzard has reported a pretty staggering amount of revenue generated across the entire Call of Duty franchise over the last 12 months, further enforcing the series’ might in the gaming world.

In a Business Wire press release, Activision Blizzard says that across all Call of Duty titles, which includes new release Black Ops Cold War, Modern Warfare, Warzone, and CoD Mobile, it took $3 billion in net bookings this year. Three. Billion. For those, like us, who wouldn’t know what a net booking is even if it hit us in the face, it is essentially the “amount of products and services sold digitally or physically in the period.” This includes everything from in-game items and cosmetics, to things like licensing fees.

It is unclear if this includes esports teams’ franchising fees for the Call of Duty League, which were set at $25 million for each of the 12 founding teams.

While net bookings does not translate into profit, it shows just how much Activision Blizzard was able to push to its huge playerbase over the course of the last year. The report also states that year-to-date net bookings are up around 80%.

This report comes less than a week before the first proper season of content in Black Ops Cold War, which should also see the integration of free-to-play battle royale Warzone.