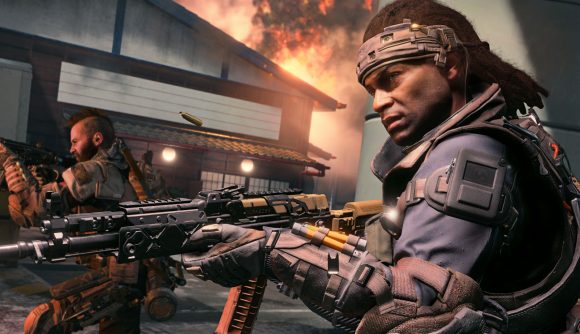 A Call of Duty player spat at his camera and launched an expletive-laden tirade towards Activision and a Call of Duty game designer live on stream after losing his kill streak in Black Ops 4.

Soul5th, who only has 54 followers on Twitch, loses his cool in the clip, telling Activision “to fix [their] f****** spawns” after an enemy spawned and kills him from behind during the online game on Nuketown. The streamer, who carries on playing throughout the tirade, said he hopes Activision will fail and that the next game would be pay-to-win.

But when the streamer is killed for a second time, Soul5th stops playing, spits directly at the camera and pulls it off his monitor.

Shortly after, the infuriated streamer comes back and pick up his camera to deliver a half-threatening remark to Black Ops 4’s design director, David Vonderhaar. “I’m f****** done with this s***,” he says in the offending clip. “You hear me David Vonderhaar, I’m coming for you. I will find you and I won’t even kiss you.”

The full rage quit makes for pretty entertaining viewing, given that the streamer issues an empty threat. It might not be one of the most extravagant ones we’ve ever seen on the streaming platform, but it certainly provides entertainment value.