It’s one of the biggest game developers and publishers in the world, but in recent weeks Blizzard has come under intense scrutiny from the gaming community for banning a professional Hong Kongese Hearthstone player for using his screen time to comment on the protests that are sweeping his country.

The political unrest in Hong Kong is an extremely complex issue in itself, and with the debate now spilling over into the gaming and esports communities, its complexity has got far worse, and reached a whole new audience.

While the catalyst for Hong Kong protests appearing in video games was Blizzard’s decision to ban Chung ‘Blitzchung’ Ng Wai from Hearthstone, so many more gaming institutions, teams, and tournament organisers have been put under the microscope. There is a real war of ideals raging within the industry: on one side, the massively influential and powerful Chinese investors, owners, and gaming audience, and on the other, the more liberal views of many gamers in the Western world who want to support those speaking out. Of course, some companies, like Blizzard are caught in the middle, trying to appease both sides.

In all honesty, it’s a bit of a mess, so let’s try and make some sense out of it. What’s happened in Hong Kong, where are we now, and how will the future of gaming and esports be affected by the events of the last few weeks?

What is going on in Hong Kong?

We know that current affairs isn’t something you’d usually find here on The Loadout, but a little bit of context is needed before we dive into what’s happening in the gaming industry.

In simple terms, the protests in Hong Kong have been going on since April after the government there proposed a bill that would see some Hong Kongese suspects in criminal trials transferred to mainland China. Hong Kong is currently semi-autonomous and is often recognised as its own nation, but is still technically part of China despite having its own government and more freedoms. 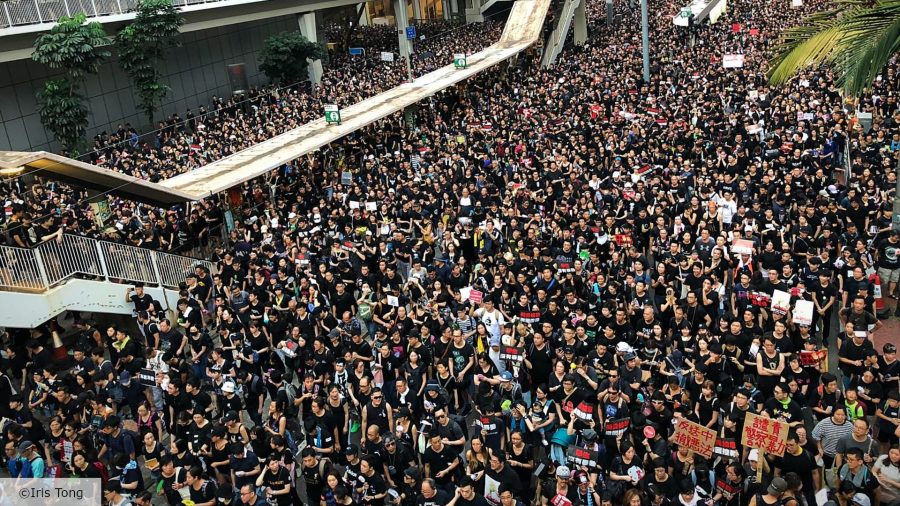 People in Hong Kong feared that the bill would give China too much power over their justice system, and as a result, began to rally against the decision, sparking nation-wide protests..

Since then, the situation in Hong Kong has become increasingly violent in nature, with the campaign evolving into a more general anti-China, anti-establishment protest.

How did esports get dragged into this?

On October 6, during the group stages of the Hearthstone GrandMasters 2019 Season 2 event for the Asia-Pacific region, Hong Kongese player Blitzchung used a live interview as his opportunity to voice his opinions on the political unrest in his country.

He appeared for the interview wearing a gas mask and shouted “Liberate Hong Kong, revolution of our age!” Two casters, who appeared to know what Blitzchung was about to do and asked Blitzchung to say the phrase in Mandarin, also hid behind their desk in an attempt to distance themselves from his remarks. The whole event was seen live on the Blizzard Taiwanese Twitch channel.

In the immediate aftermath, the two casters were cut from Blizzard, and Blitzchung was banned from competitive Hearthstone for a year, as well as having all of the prize money he’d earned at the event taken away.

This is where it all began, and the fallout of the Blitzchung ban is still spreading today.

What was the reaction to Blitzchung’s ban?

Many in the gaming community spoke up for Blitzchung and criticised Blizzard. They believe that the decision to punish both the player and the casters was too severe and uncalled for. It was argued that Blizzard allegedly only took such action because of the anti-Chinese connotations of Blitzchung’s remarks, as Blizzard’s games have a massive audience in the country, as well as Chinese investors, notably Tencent.

Pressure began to grow and soon the hashtag #BlizzardBoycott was trending globally on Twitter. People began uninstalling and unsubscribing to Blizzard games, and streams of Blizzard’s esports events were being bombarded with the chat message “Spam this pong to free Hong Kong.”

Welcome to every Blizzard esports Twitch chat for the next month

The American University collegiate Hearthstone team also showed their support by holding up a ‘Free Hong Kong, boycott Blizzard’ sign to their facecam during a live event. They were quickly cut from the livestream, but escaped punishment initially. Feeling that this was hypocritical of Blizzard, they decided to throw the rest of their games for the tournament anyway. The team has now been banned for six months, coinciding with Blitzchung’s ban.

There was even a promise from Twitch streamer Jeremy ‘DisguisedToast’ Wang that if Blizzard reversed its decision to ban Blitzchung he would return to streaming Hearthstone, the game that originally made him so popular.

The pressure on Blizzard grew so massive that it even caught the attention of American politicians. On October 18, it was revealed that a letter was sent by two US senators and three Members of Congress to Blizzard’s CEO Robert Kotick. It directly accuses Blizzard of being a pawn of China, of going against the company’s own values and condemns their punishment of Blitzchung.

“As China amplifies its campaign of intimidation,” the letter reads, “you and your company must decide whether to look beyond the bottom line and promote American values – like freedom of speech and thought – or give in to Beijing’s demands in order to preserve market access.”

To summarise – it was a PR disaster for Blizzard, as a large proportion of its playerbase distanced itself from the company.

Did the pressure on Blizzard achieve anything?

In a way, the intense scrutiny Blizzard found itself under did achieve some positive change, but it equally triggered a wave of political caution and apprehension among many big names in the industry.

While some saw it as a feeble attempt at damage limitation, Blizzard made a decision on October 12 to set the casters’ and Blitzchung’s bans to only six months and reimburse the prize money taken from Blitzchung at the Grandmasters event. In a statement, J. Allen Brack, Blizzard’s president, said the bans were reduced after a period of reflection by the company to take on board the concerns of the community. It also explicit reassures that Blizzard’s “relationships in China had no influence on our [original] decision.”

“We have these rules to keep the focus on the game and on the tournament to the benefit of a global audience,” the statement reads. “That was the only consideration in the actions we took. If this had been the opposing [anti-Hong Kong] viewpoint delivered in the same divisive and deliberate way, we would have felt and acted the same.”

Related: What are the biggest esports tournaments of 2019 so far?

Four days later, on October 16, a retrospective six month ban was also given to the American University collegiate team who had shown the ‘Free Hong Kong’ banner on stream, despite them originally escaping punishment.

Activision Blizzard has now given the American University team a six-month ban from competing in Hearthstone Collegiate, just like blitzchung in HS GM, instead of no punishment https://t.co/peJHPSriTf

These two decisions had settled qualms with both Blitzchung and the collegiate team, who both accepted their punishments and showed appreciation towards Blizzard for addressing the matter, albeit slightly delayed.

In the sense of bringing about some form of justice for Blitzchung, the pressure had worked.

But on the other hand, companies such as Riot Games, Twitch and ESL sat back and observed the damage the incident had done to Blizzard. They didn’t want to be the subject of a similar event and tightened the reins on staff in order to prevent anything like this from happening.

ESL reminded its staff not to get involved in any political discussion, even outside of events on social media, while Riot had to publicly clarify that its casters were not censoring the words ‘Hong Kong’ during coverage of Hong Kong Attitude’s Worlds Play-Ins match. 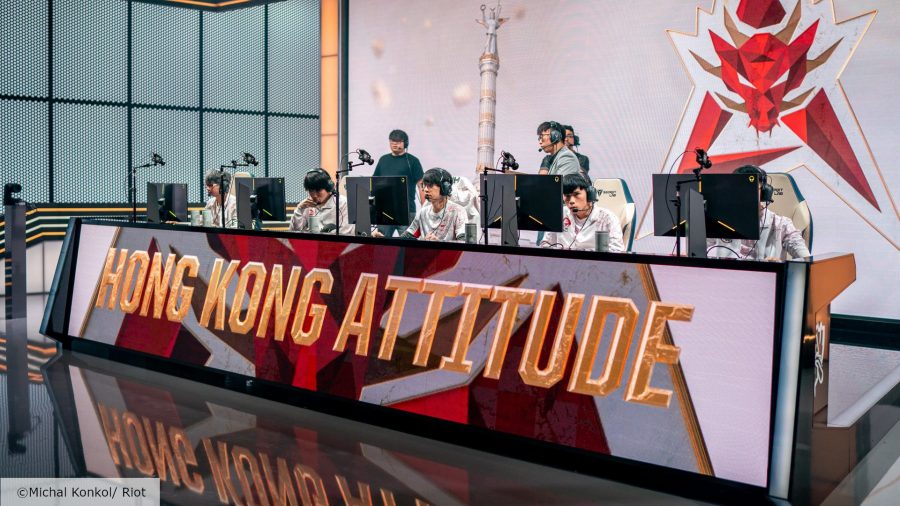 Twitch also cut a featured streamer from its stream of the Fortnite black hole for starting to answer a question on Hong Kong.

Those who put pressure on Blizzard in an attempt to widen the freedom of political discourse in the gaming world could claim the last week as a success, as it actually caused the entire industry to rethink certain processes.

What will happen next?

This issue is far from over. The coming weeks will be nervy for the likes of Riot and Blizzard, who have two of the biggest tournaments on the esports calendar (League of Legends World Championships and Overwatch World Cup) fast approaching.

While these tournaments should represent everything that is great about esports, there will certainly be a lot of focus being drawn to whether there will be a Blitzchung 2.0.

Players now know the consequences for speaking out. However, they also know that the gaming community will likely have their back. What will happen next is up to them.