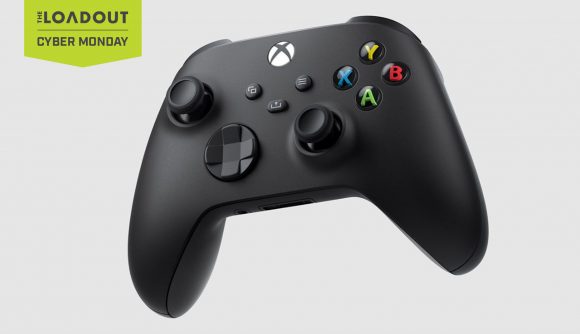 Let’s be honest, the bundle deals for the new Xbox Series X|S were pretty limited on launch. If you were lucky enough to get your hands on one, then chances are you’ve only got one controller. And what fun is that when you could be playing locally with friends?

Fortunately for you, Amazon UK (sorry US readers), has a got a deal on the brand spanking new wireless controllers that are sold with the new next-gen consoles. So, if you want to play Call of Duty: Black Ops Cold War multiplayer in split-screen with a friend, then there’s never been a better time to pick one up at just £44.99 – that’s £10 off its standard retail price.

Currently the deal only extends to the Carbon Black and Robot White colourways, but that’s all you need anyway if you want to match the minimalist aesthetic of the sleek Xbox Series X|S.

The controllers are even backwards compatible with the Xbox One, so if your old controller is busted and you’re looking for an upgrade, this is a great deal.

The controller might look similar to its predecessors, but as we note in our Xbox Series X review, it has a few subtle changes. It has a slightly smaller form factor to fit better into smaller hands, it has nice tactile grips on the back of the pad that extend to the trigger buttons, and the D-pad has been developed to look and feel like the one for the Xbox Elite Series 2 controller. It also has a share button that will allow you to capture screenshots and gameplay with ease.

It’s worth saying though that the controller still rely on AA batteries, so you might want to invest in a rechargeable battery pack if you don’t already have one.

For more deals check out our guide to the best Cyber Monday console gaming deals.