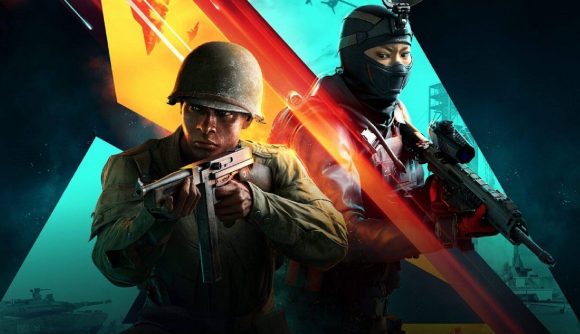 Battlefield 2042 doesn’t release on Early Access for another two days, however the online Builder web app for its creative sandbox mode, Portal, has gone live early for all players. The online creator tool was shown off in a blog post last week, giving players a look at all the sliders and options at their disposal to make their own modes.

Now, Builder has gone live for all players, completely unannounced by EA or DICE. This gives players an early opportunity to start creating their own Battlefield Portal experiences. Conquest on a remastered Battlefield 3 map but with just Repair Tools? A 128-player free-for-all? You can make it all on Battlefield Portal (except for a traditional battle royale, of course), and you can start building, saving, and sharing your creations right now.

While the early release of the creator tool was an unannounced surprise, it certainly makes sense. Those who have been desperately waiting to make their own ridiculous game does or throwback experiences will now have the chance to do so ahead of Friday’s initial release, meaning there will be plenty of modes on offer when players first jump into Portal.

Giving the Battlefield community access to all of these tools and remastered assets from previous games is bound to lead to some incredible creations.

With so many different elements of the gameplay to tweak and modify, the diversity of modes means it will likely have a long shelf life, even if the All-Out Warfare and Hazard Zone modes in Battlefield 2042 end up going stale.

You can hop into the Battlefield Portal Builder here.